However you feel about thin pieces of meat matter nestled between entirely time-proof bread, we’re here to talk about marketing rather than products.

McDonald’s may have suffered in terms of both finance and reputation over the years, but when it comes to digital marketing the brand has achieved some pretty impressive results.

I’m going to cover 10 of the best digital marketing campaigns McDonald’s has carried out over the last year or so.

McDonald’s used influencer marketing to dispel myths about the way its chicken nuggets are made.

The brand brought in YouTube star Raphael Gomes to create a ‘What’s in McDonald’s Chicken McNuggets?’ sponsored video, including the hashtag #GoodToKnow. 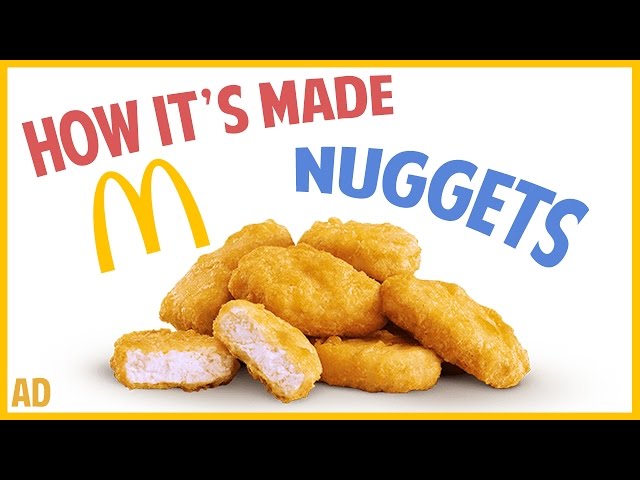 At the time of writing the video has more than 84,000 views, so not a bad effort.

McDonald’s ran an ad during the Super Bowl last year letting people know that random customers would be able to pay for burgers with ‘loving gestures’ instead of cash if they ordered at certain times.

“Your total is one big family hug,” says one server. “Ring your mum and tell her you love her,” says another.

You get the picture.

To help drive awareness of its ‘Better Play’ programme, which provides Nike and Adidas football gear to more than 7,000 UK clubs, McDonald’s invited families to submit photos of their children’s goal celebrations on Twitter. 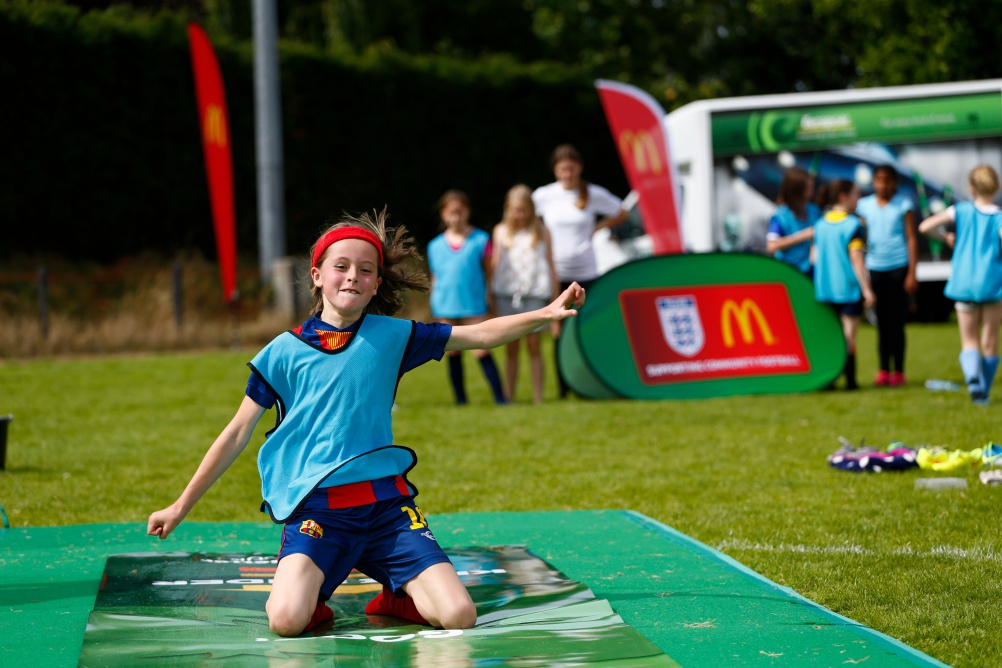 Within the first few weeks of the campaign McDonald’s had already seen a 10% increase in Twitter followers.

To promote its new Bacon Clubhouse burger, McDonald’s enlisted the help of NBA star LeBron James and other prominent sports figures to create a 36-second video story on Snapchat. Within an hour of announcing the stunt McDonald’s had already gained thousands of new Snapchat followers. No news on sales unfortunately…

McDonald’s put its Christmas campaign in the hands of the British public when it asked people to record in-car sing-alongs to Wizzard’s classic festive number, ‘I wish it could be Christmas every day’.

The campaign followed the brand’s ‘Journey to Christmas’ video ad that featured a fictional family singing the same song. 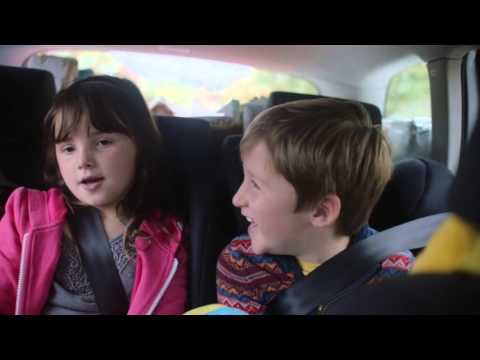 Not a digital campaign in itself, but it certainly created a buzz of user-generated content on social media.

This is a great example of how online and offline channels are intrinsically linked these day, with social media in this case driving more attention to the billboards than people simply seeing them as they walk or drive by.

Sadly the user-generated element backfired when someone painted a vomit emoji onto one of the billboards, which was then picked up by major news sites.

A powerful piece of experiential marketing here, in which McDonald’s drove pop singer Jessie J around London in an open-top bus as she performed on top of it.

The stunt was part of the brand’s #imlovinit24 campaign, which aimed to spread happiness across the world for 24 hours.

Needless to say it attracted an enormous amount of PR coverage and prompted a lot of social media activity. McDonald’s was the first brand to use Snapchat’s Sponsored Geofilters after they launched, and the campaign seemed to sit well with the younger consumers it was aimed at.

Snapchat’s Geofilters are overlays that can only be accessed at specific, predetermined locations. 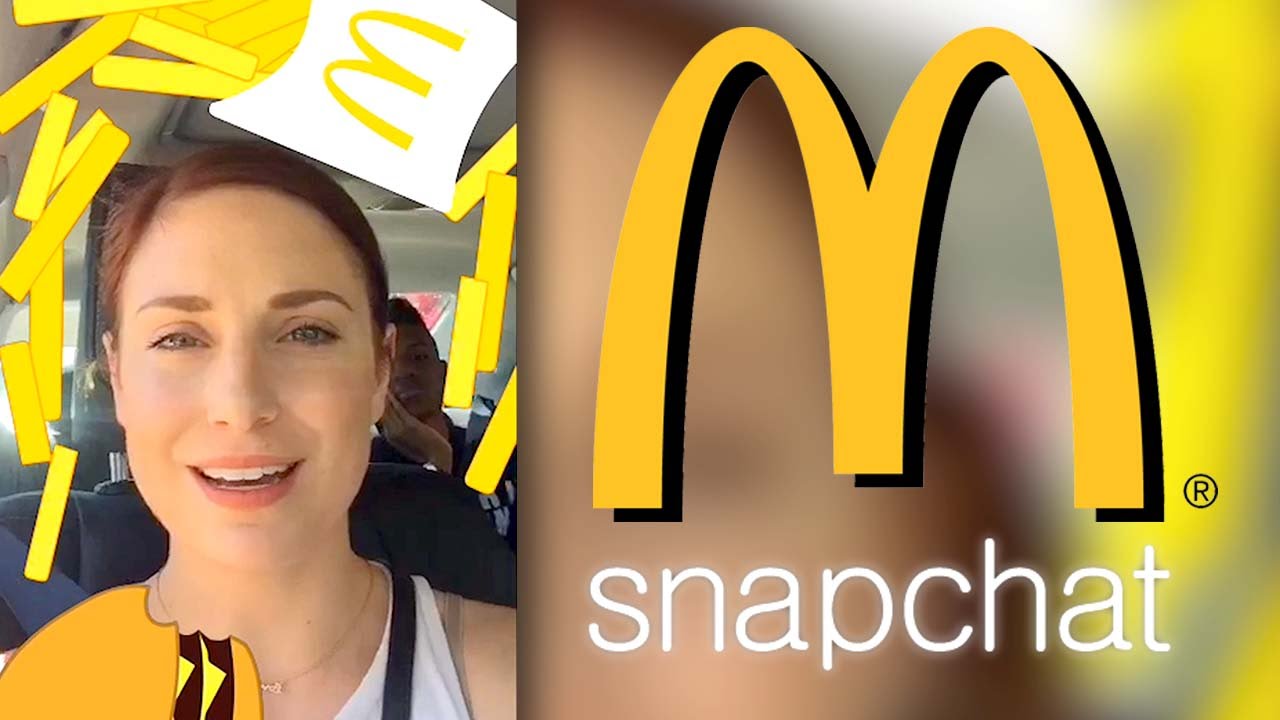 People in Australia, and probably elsewhere in the world, were growing increasingly worried about mass-produced food and its potentially dubious origins.

So McDonald’s launched the ‘TrackMyMacca’s’ app, which uses augmented reality to show people where various McDonald’s items come from.

Users simply scan a McDonald’s product and the app accesses data from the brand’s supply chain to identify the source of the ingredients for that particular product.

When McDonald’s first launched its reading initiative in 2013 it planned to hand out 15m books to children across the UK. By the end the figure was actually 23m.

So last year the brand announced it would be re-launching the scheme, handing out free Roald Dahl books with Happy Meals, but this time it aimed to ‘bring reading into the digital age’ with the launch of a new children’s app.

The interactive app is designed to offer a more immersive reading experience, including voice recognition technology that triggers certain sounds of colours when a particular word is read out.