Finland turned heads at last year’s world junior hockey championship when it eliminated Canada in the quarter-finals and dominated the scoring race as future NHLers Jesse Puljujarvi, Sebastian Aho and Patrik Laine finished 1-2-3 in leading the tournament hosts to their second gold medal in three years.

Mitch Marner was the top Canadian scorer with six points on four goals and two assists, but wasn’t made available for this year’s tournament in Toronto and Montreal because he’s starring with the Maple Leafs as their No. 2 point-getter.

Team Canada may not boast superstars Connor McDavid or Ryan Nugent-Hopkins of world juniors past, but there are NHL first-round draft picks in Mathew Barzal, Julien Gauthier, Thomas Chabot along with NCAA standout Tyson Jost.

Here are five other Canadian players to keep an eye on:

He led the Ontario Hockey League in scoring with 61 points (23 goals) in 28 games when he left for Canada’s final selection camp earlier this month. The 18-year-old scored twice in a 5-0 pre-tourney win over Finland and might skate alongside his Erie Otters linemate Dylan Strome, a duo that could make an impact at the world juniors.

Raddysh, who hails from Caledon, Ont., is a power forward that possesses exceptional passing skills. At six-foot-two and 201 pounds, Raddysh’s size gives him an advantage battling for loose pucks. 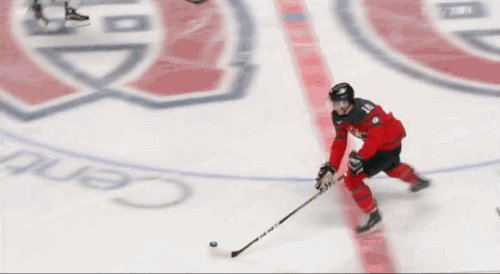 Canada has a new look in net this year after Mackenzie Blackwood and Mason McDonald produced iffy goaltending last year in Helsinki. A Philadelphia Flyers prospect, Hart was said to have the inside track on the starting job entering Canada’s final selection camp and didn’t disappoint. He turned aside all 10 shots he faced in a win over a group of university all-stars, combined with Connor Ingram to post a 15-save shutout the next night and made 25 saves in a pre-tourney shutout win over Finland.

This season, Hart boasts a 1.85 goals-against average and .925 save percentage for the Everett Silvertips of the Western Hockey League. Ingram, who led the WHL earlier this month with a .931 save percentage, beat out Michael McNiven for the other goalie spot.

One of Team Canada’s final cuts last year, the native of Abbotsford, B.C., could excel at this year’s tournament. A poised defenceman, the 19-year-old Juulsen plays with an edge and was named the most dedicated player the past two seasons with Everett of the WHL. He was drafted 26th overall by the Montreal Canadiens in 2015 and was captain for Team WHL at the recent Canada/Russia Series.

The 18-year-old power forward told reporters he felt more prepared for Canada’s final selection camp than a year ago when he was among the first cuts. Dubois hasn’t lit up the Quebec Major Junior Hockey League this season with six goals and 18 points in 20 games for the Cape Breton Screaming Eagles, who traded him recently to Blainville-Boisbriand.

While Dubois reportedly showed promise at the Columbus Blue Jackets’ training camp after being drafted third overall this past June, he failed to collect a point in four pre-season games and had three shots and a minus-4 rating. He recorded 99 points in 62 games last season in the QMJHL.

The 19-year-old will serve as Canada’s captain and likely No. 1 centre after sharing the team lead in scoring with Mitch Marner at last year’s tourney with six points (four goals) in five games. Strome gained NHL experience earlier this season playing seven games with Arizona before returning to the Ontario Hockey League with Erie and flourishing on a line with Alex DeBrincat and Canadian teammate Taylor Raddysh. In 11 games with the Otters, the Mississauga, Ont., native has five goals and 16 points.

While Strome could be a force on Canada’s power play, he’ll probably lead in the faceoff circle after a 72 per cent success rate on draws in last year’s tournament and provide strong leadership.