New sports, more variety, better chances for Canada to win medals. The next two Summer Olympics in Rio and Tokyo will feature some significant changes.

In Rio, rugby sevens makes its debut, with Canada a strong contender in the women’s competition. There’s also the addition of golf, which could feature strong Canadians in Brooke Henderson, Alena Sharp and Graham DeLaet. 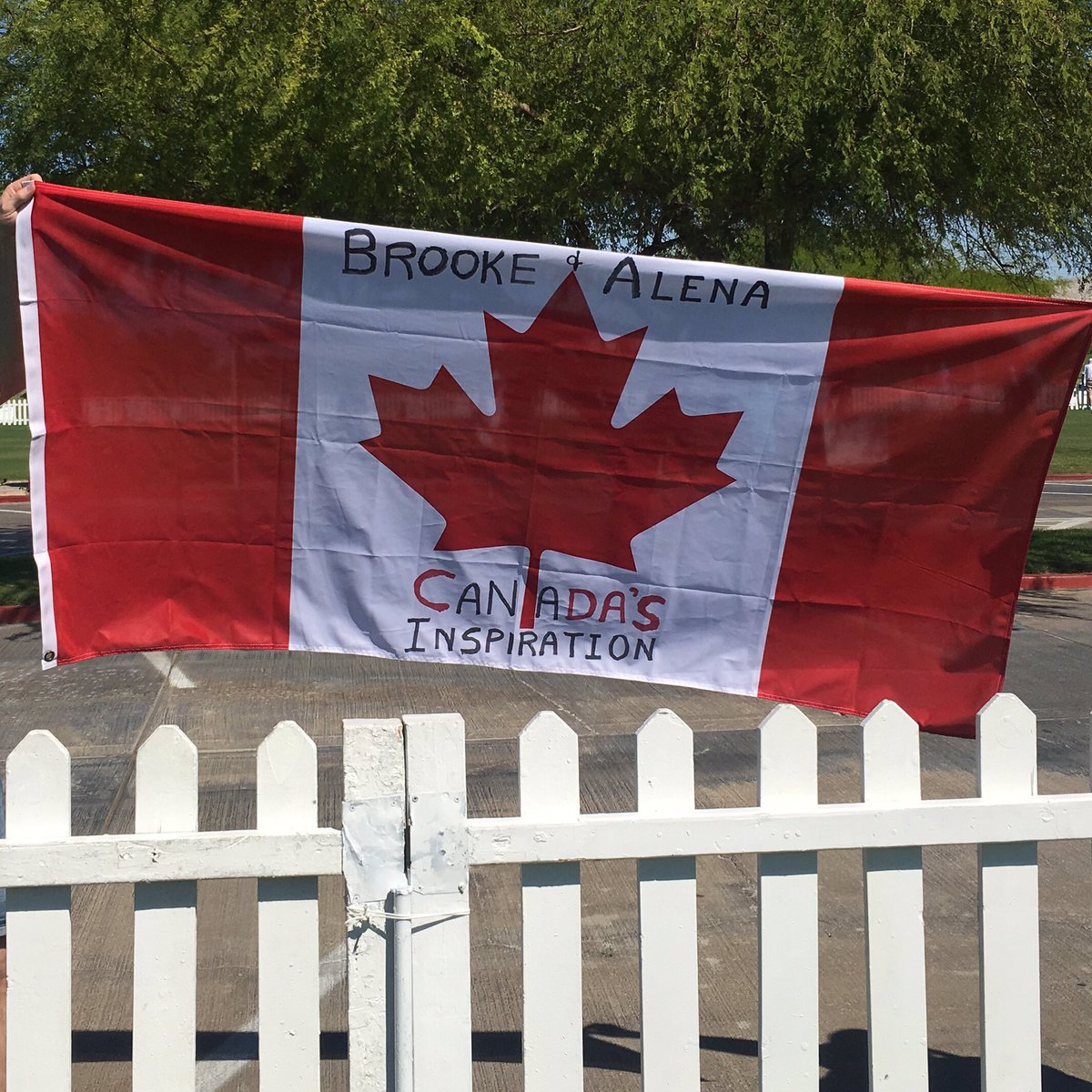 For Tokyo, there are currently 18 new events shortlisted to join (or in some cases, re-join) the Olympic program: Baseball/softball, karate, skateboarding, sport climbing, and surfing are among them. The IOC has the final say in August.

Canada tends to have success in debut events. Here’s a look at where country stands in the new sports proposed for Tokyo 2020:

Skateboarding is a street sport, and has big events such as the Tampa Pro and X Games. We’ve already seen non-traditional extreme sports such as ski cross and snowboarding successfully join the Winter Games.

But Canadian pro T.J. Rogers won’t lose any sleep if it’s left out of Tokyo.

“For the people who do skateboarding just because they love it,” said the 24-year-old Rogers. “They don’t care if skateboarding is in the Olympics or if it’s not. They just want to skate,” he said.

In Canada there is no sport organization for skateboarders. But there are plenty of talented skaters. Rogers lists almost a dozen Canadians like Ryan Decenzo, Micky Papa, and JS Lapierre.

The vert king is Quebec’s Pierre-Luc Gagnon or PLG, a 21-time X Games medallist. Gagnon is disappointed only street and park events are proposed, he thinks vert is more visual, but admits street and park are the most accessible for young skaters.

Now 36 years old and reaching the end of his career, Gagnon said he’d love a leadership role in any Canadian Olympic skateboarding foray. He said a spot at the Games would be positive if done right, “We’re down to be part of it but don’t try change what we’ve created and make it what you think skateboarding should be,” he said.

Perhaps the group most unsure about surfing in the Olympics are surfers themselves. “I don’t feel like the Olympics is going to be able to properly showcase the best of surfing and that’s going to be the damaging part of it,” said Dom Domic, the president of the Canadian Surfing Association.

“Surfing is one of those sports where mainstreamers don’t always get it and don’t always get the subtleties and things get lost if the wrong people are organizing it,” said pro surfer Noah Cohen, who became so good from after-school trips to Tofino beaches.

The International Surfing Association is recognized by the IOC, and it’s always possible the World Surf League could help as well.

Cohen and another Tofino surfer Pete Devries are viewed as Canada’s best surfers. On the women’s side there’s 12-year-old Mathea Olin, who is already placing well at U16 events.

Not unlike snowboarding there are two types of surfers: those who do contests and free surfers who don’t like competitions. Despite considering himself the latter (though he occasionally competes) Cohen admits he’d be interested in the Olympics. “The hunger for an Olympic medal amongst the professional surf community would be wild. If I ever got the chance to represent my country in the Olympic Games — I have goosebumps thinking about it. It would be amazing.”

As a martial art, karate is ancient, popular, and has shown the discipline to stick with the process for Olympic inclusion. Craig Vokey, the president of Karate Canada, calls it the “most-practiced sport in the world not in the Olympics,” and he is confident. “I really do expect that we will get a positive announcement,” he said.

“I think people have a pretty good idea of what they think karate is and what I do is completely different,” said karate athlete Kate Campbell, aPan Am Games silver medallist.

Karate combines the kicks, throws, and punches found in other Olympic martial arts and is more sport than the traditional pop culture idea. Campbell chuckles when she admits there is no breaking boards with her head. The 25-year-old actually practices restraint, and doesn’t need contact in order to score.

She is definitive when asked if she’ll go after the Olympics, “Yeah. 100 per cent,” she said.

Along with karate, the diamond is where Canada is the most organized. Both baseball and softball have been in the Olympics before; men’s baseball for five Games (1992-2008) and women’s softball for four Games (1996-2008).

Canada sent a baseball team to Athens and Beijing. Their top finish was fourth-place in 2004. The women competed in all four Olympic softball tournaments, also collecting a fourth-place finish (Beijing 2008). Canada’s women’s softball team won gold at the Toronto Pan Am Games and the Canadian men’s baseball team has won back-to-back Pan Am golds..

The sports are popular in Japan. “The baseball, softball group, we’re excited to get back in. It is the Olympic Games, it would great to be a part of,” said Jim Baba the Executive Director of Baseball Canada.

“I want to be there [for Tokyo 2020]. I want to be representing Canada and I want to show that our nation has a dominant team,” said Tyler O’Neill, a member of the Seattle Mariners organization and TO2015 gold medallist. His status may depend on the accessibility of MLB players since the Olympics fall in the middle of baseball season.

There’s a good chance the last time you went to a climbing gym was at a birthday party. And that is uniquely how most Canadian climbers find the sport.

But there is a strong level of organization for competitive climbers with four provincial bodies in B.C., Alberta/Sask, Ontario, and Quebec.

These fledgling organizations are all under the umbrella of Climbing Escalade Canada, but most are maintained by volunteers. Internationally, the sport is much more established. There is a lengthy World Cup circuit, and many countries participate.

North Vancouver’s Sean McColl is by far Canada’s best climber. He is a multiple world champion and one of the rare athletes who is good at all three climbing disciplines: boulder, lead, and speed. This is good news for his Olympic chances as Tokyo 2020 would be a combined event with one medal event per gender.

“I think the proposed combined event will show the diversity of the three International Federation of Sport Climbing (IFSC) disciplines. In a perfect world, the Olympics would have given us four medals per gender; that will be the goal for 2024,” wrote McColl in an e-mail.

It is largely the climbing gym faithful who support Olympic inclusion. Traditional or ‘trad’ climbers, those who practice on natural rock, might have reservations. “There’s quite a divide amongst the various disciplines and the feeling amongst the people that participate in those disciplines as to whether climbing, or the ethic of climbing, fits in a competition kind of environment,” said Steve Frangos, who heads up the Alberta Climbing Association.

When will we know which sports get in?

The IOC Session has the final say with a vote in early August, and for now, successful sports would be at Tokyo only.

The Summer Olympics has a self-imposed capacity of 10,500 athletes and 310 events. What Tokyo 2020 has asked for would mean 474 new athletes. The IOC has said no current events will be removed so it’s yet to be seen how any additions will be reconciled.

There are changes to existing sports in the works too. In April, International Cycling Union (UCI) President Brian Cookson told The Associated Press he was hopeful for more track cycling medals at Tokyo 2020, which shows existing sports are also open to alteration.

According to a report in Inside the Games, potential events such as the points race or madison may not mean more athletes as they typically involve riders already entered.

Vancouver’s Jasmin Glaesser was second in the points race at this year’s world championships, showing the Canadian program may benefit from additional track cycling events four years from now.