Bell Let’s Talk, a national campaign to end stigma surrounding mental health and raise money for the cause, raised more than $6.5 million from texts, phonecalls and social media interactions, as of Thursday morning.

A total of 131,705,010 interactions were calculated from across the world by 8:00 a.m. ET. That figure included every tweet and Instagram post with the hashtag #BellLetsTalk and every text message sent from a Bell mobile device. It smashes last year’s record of 125,915,295 interactions.

For each of those interactions, Bell, which owns CTV News, has pledged to contribute five cents to mental health initiatives, bringing the total money raised to $6,585,250.50.

The hashtag spread far and wide across social media on Wednesday, with Prime Minister Justin Trudeau, comedian Ellen DeGeneres and actor Ryan Reynolds all sending their own messages. 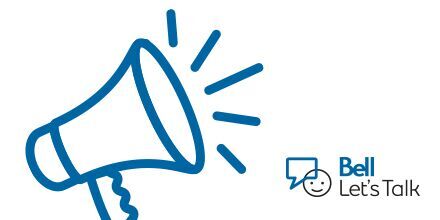 This just in: Thanks to your incredible participation, we’ve already surpassed last year’s total number of #BellLetsTalk tweets on @Twitter!

One of the tweets came from Kensington Palace, saying it was great to see “our followers in Canada joining a national conversation on the importance of mental health.”

For every retweet of this, Bell will donate 5 cents to Canadian Mental Health Programs, and I think that’s amazing. #BellLetsTalk

That which shall be named! Talk about it. Dance about it. Cry about it. But don’t keep quiet about it. #MaximumEffort#BellLetsTalk https://twitter.com/bell_letstalk/status/824214004344033280 …

Bell Let’s Talk began in 2010 as a new way to dispel stigma and shame surrounding mental health. Since then, Bell has donated more than $79 million toward mental health programs.

The program provides donations to a variety of large and small organizations across Canada that support mental health aid, science and outreach.