Brands That Won This Year’s #SuperBowl

Twitter lights up during live moments and the Super Bowl is when attention shifts to the platform unlike any other live moment. This year, fans sent more than 27.6 million Tweets globally about #SB51 during the live telecast on @NFLonFOX (including pre- and post-game conversion).

Brands and consumers flock to see “what’s happening” on the field, during the halftime show stage and, of course, those highly anticipated commercial breaks. During these moments of relevance, Twitter is the best way to connect to people’s passion and there’s never been a better creative canvas to drive conversation at scale. 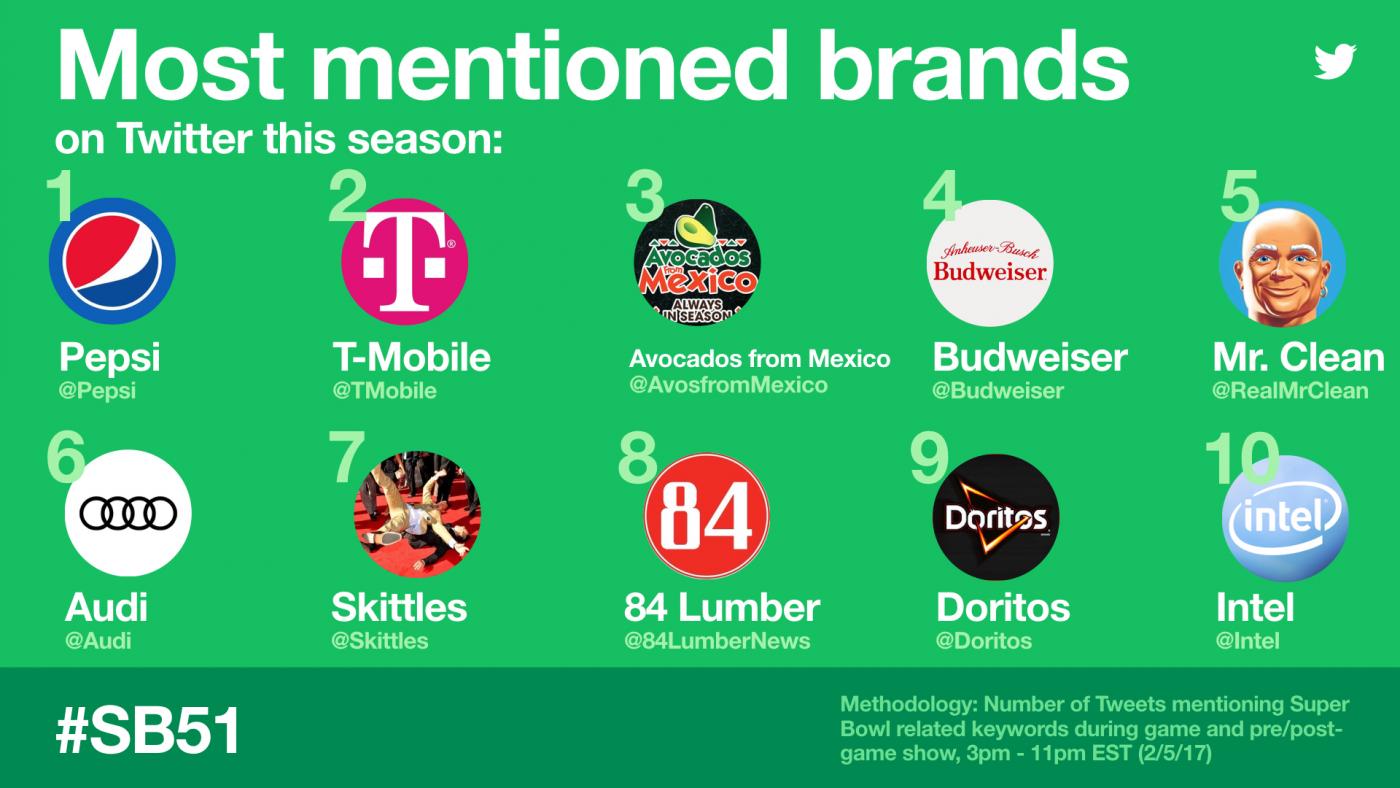 The top ten brands that stole the spotlight during this year’s Twitter Ad Bowl, ranked by Twitter chatter, were:

Many brands leveraged Twitter as part of an integrated strategy to amplify their campaign and encourage conversation. From brands engaging directly with competitors to making social statements, here are a few examples of how they kept the conversation going. Until next year, happy Super Bowl!