Foreign press rave about Toronto during Pan Am Games, apathy aside

‘I don’t see too much hype about the Games’ 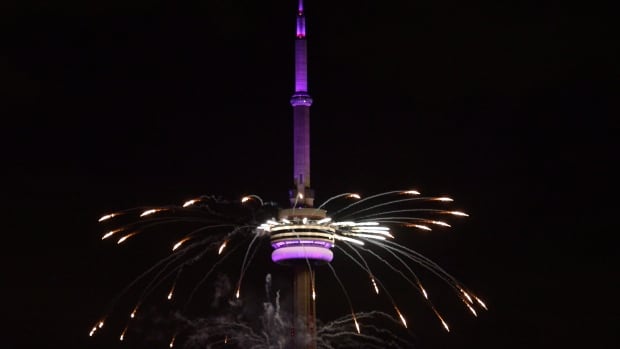 Fireworks light up the downtown Toronto city skyline during the opening ceremony for the Pan American Games in Toronto. Some journalists wonder if the Games have gone unnoticed outside downtown venues, though. (THE CANADIAN PRESS)

To hear members of the foreign press tell it, the Toronto being presented to the world during the Pan Am Games is one which features state-of-the-art sporting venues, enthusiastic fans and ever-helpful volunteers.

Long distances between competitions spread out across the Greater Toronto Area, issues with the transportation system shuttling journalists around and a sense of apathy amongst many residents outside Pan Am hotspots have also been noticed by journalists from the 41 countries participating in the multi-sport event, but overall impressions of the Games appear to be positive.

“In general it’s very good,” said Andrea Sosa Cabrios, a correspondent from Mexico City working for the Deutsche Press Agency’s Spanish service. “We have transport problems but this is a great city that has beautiful venues and things to offer.”

Many in Latin America are interested in the Games, said Sosa Cabrios, with stories from Toronto getting fairly prominent coverage as they focus on the performance of national teams.

“The Pan American Games are important,” she said. “From Mexico to the south, normally people are interested in their athletes. There are many countries that cannot go to Olympic Games so these are their little Olympic Games.”

A common complaint amongst the press corps, however, has been how spread out the various sporting venues are.

“It’s the first time I’ve seen a Pan Am Games with this plan,” said Antoine Morel, a journalist with Brazilian news site Uol.com. “The places are too far.”

Morel noted, however, that the issue was one that really affected journalists rather than spectators, and having far-flung venues meant more communities benefit after the Games end.

“I think the legacy will be more in Toronto, it’s more for the city and less for the journalists,” he said.

With Brazil set to host the Summer Olympics next year, Morel has also been making comparisons between the Games in Toronto and preparations for Rio 2016 and said Canadian fans have shown themselves to be a patriotic bunch.

“Here if a guy wins a bronze medal, the guy is an idol. It’s a great thing because you are proud of the country and the athletes,” said Morel. “It’s not like this in Brazil. And the fans are so polite. I’m very worried about our behaviour, Brazilians behaviour, in 2016, because we’re not like this. We’re not so polite.”

Victor Michelena, an Argentinian journalist, also noticed how passionate Canuck fans were about their home teams, particularly at a recent rugby competition where fans began stomping their feet as they cheered, making entire stands vibrate.

“I’ve never seen it before, in Argentina, the fans don’t do that, they clap their hands,” he said with a laugh, adding that he thought the sporting venues themselves were “magnificent.”

The many volunteers at the Games, marked by bright orange shirts, have also made an impression on many visiting journalists.

“When you have a problem, they will help you, if they can’t help you, they will always find someone who can,” said Michelena. “The volunteers have been great.”

Enthusiasm from residents of Toronto outside Pan Am venues, however, has been less obvious — and the apathy hasn’t gone unnoticed.

“I see a lot of pride in other international events that I’ve gone to. I don’t know that I see that in Toronto,” said Jerry Lai, a photo editor with USA Today. “When I go by Nathan Phillips Square you see a lot of that fanfare, but outside of that little bubble, and outside this little area, I don’t see too much hype about the Games.”

That lack of larger zeal for the Games amongst locals was also noticed by the New York Times before the event began with the newspaper running an article that called Toronto a city “indifferent” to the Games.

Lai, who has covered the last four Olympics, acknowledged that the Pan Am Games aren’t as big as the Summer Games, nor do they draw as many star athletes, but noted that the main story he heard about the Games before they began was local gripes about how bad the traffic would be.

“That’s the price you pay for the honour of an event like this coming to your city,” he said. “That happens in every city that an international event comes to.”