TORONTO — Henry Burris is the CFL’s reigning MOP and a surefire Hall of Famer but a victory in the 104th Grey Cup will cement his legacy as one of the greats and afford him the opportunity to achieve something few are able to — to go out as a champion.

Early in the season it didn’t look like this potential storybook ending was in the cards.

Burris injured the pinky finger on his throwing hand in a Week 1 game against Edmonton, was placed on the six-game injured list and supplanted as the team’s starting quarterback by free agent acquisition Trevor Harris.

Everyone in the Redblacks organization was saying the right things at the time, insisting that when Burris was healthy he’d get his spot back. However, Harris was performing so well it was difficult to justify benching him.

Overall, Harris was the Redblacks’ best quarterback in 2016 — at least from a statistical perspective he was markedly superior.

Still, numbers don’t tell the whole story and Redblacks head coach Rick Campbell made the tough choice to go back to Burris once he was healthy.

“It was difficult but I appreciated it from a head coaching point of view choosing between a good thing and a good thing,” Campbell said at the annual Grey Cup coaches press conference Wednesday.

Burris returned in Week 6 but threw two interceptions in a home loss to the Argos. Ottawa then squeaked by the Eskimos in Week 7 but were blown out by the Alouettes in Week 9 coming off a bye. Burris didn’t look like himself in those games though. It was clear he hadn’t fully recovered from his injury.

“He came back when he was cleared to play but he still couldn’t grip the ball quite right,” Campbell explained.

Burris ended up losing his spot to Harris for a second time and didn’t see any game action for nearly two months. That all changed in Week 16 when he relieved a struggling Harris in the fourth quarter of a game against Saskatchewan. Down 22-7 with less than seven minutes to play, Burris threw two TD passes and ran one in himself to force overtime. Ottawa lost by two points in OT but the way he galvanized his team was enough for him to earn back his spot. The Redblacks were solid down the stretch with Burris at the helm, clinched top spot in the East and avenged their 2015 Grey Cup loss to the Eskimos by beating them last weekend in the East Division Final.

“When we went back to Henry he was finally healthy again. You could see him at practice, he had the zip on the ball, his finger was feeling well,” Campbell said. “When he really got back going healthy I know our offence had a comfort level with him that they had playing with him all of last year. Henry brings some good leadership and belief to the whole thing.”

You’d think multiple quarterback changes during the course of a season might cause a bit of rift in the dressing room but that hasn’t been the case with the Redblacks. Not at all. Camaraderie at the position has been a strength of this team since training camp. In fact, the Redblacks kept four QBs on the roster this season — Burris, Harris, Danny O’Brien and Brock Jensen — which is uncommon in pro football.

“I give full credit to all of our quarterbacks because they truly get along,” Campbell said. “Not just at the practice facility. They’ll spend time outside of it as well. Particularly I give Trevor and Henry credit because it was always about what was best for the team and that’s winning football games and I truly appreciate their leadership that way. They weren’t worried about stats or any of that stuff.

“There’s so many examples in this league over the years where it took more than one quarterback to get it done. You need more than one proven veteran quarterback and we wouldn’t be where we are today without Trevor and Henry both, the way they played and their attitude.” 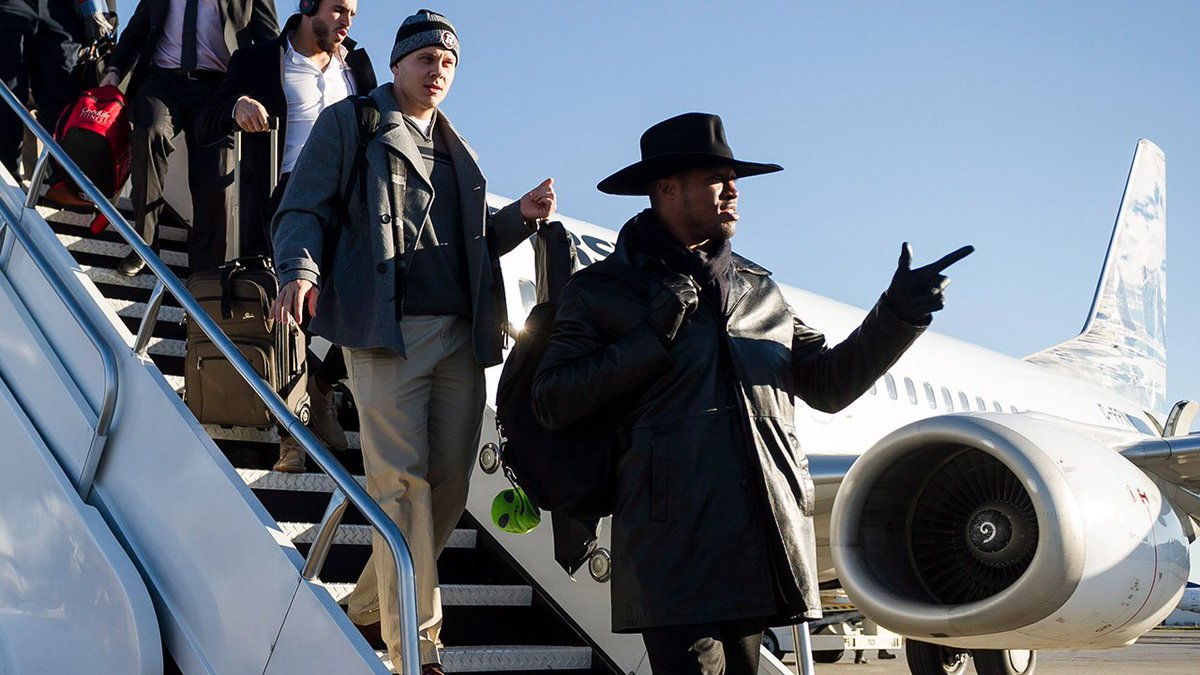 “This year, we expect to be here.”@HenryBurris on the difference a season can make.#RNation #GreyCup

On paper, Burris and the Redblacks took a step back in 2016 yet the team finds itself in the Grey Cup with Burris in the spotlight again as they prepare for a showdown with the Calgary Stampeders at BMO Field Sunday.

Stamps head coach Dave Dickenson, only two years the senior of the 41-year-old Burris, has seen Ottawa’s starter develop throughout the years. They both began their respective CFL careers as teammates with Calgary in the late 90s.

“He came in a year after me, little skinny guy out of the country in Oklahoma and to me he’s grown into [one of the best],” Dickenson said. “He’s had a great career. He’s done real well, he’s done great in fact. I am hoping he doesn’t have his best game on Sunday.”

Dickenson’s playing career officially ended in 2008 and he made the seamless transition into coaching. He even served as Burris’s quarterback coach in Calgary in 2010 and his offensive coordinator in 2011 before Burris was traded to the Ticats prior to the 2012 season.

When you think about how long Dickenson has been coaching and consider the two-year gap between the two, it puts into perspective just how impressive Burris’s longevity is. Burris can become the first starting quarterback to win a Grey Cup in his 40s since Damon Allen did it with the Argos in 2004.

“Genetics plays a part but hard work has to play a part,” Dickenson said. “Obviously whatever he’s doing he’s doing the right things. He’s had a long career but a very healthy career. He’s got a great personality and is a good leader.”

Campbell added: “He loves the game still. He likes prepping, he likes going to meetings, he likes practice, all those things, and to me that’s what it’s all about. I think he truly loves it still. Football can be a grind and can wear you down and he shows no signs of that. Sometimes you see guys, either physically or mentally, they’re just kind of – it can wear on them and he just shows no signs of that.”

Burris arrived in Toronto on Tuesday evening wearing a black cowboy hat. The same black cowboy hat he wore prior to the 96th Grey Cup in 2008 when he led the Stampeders to a championship.

Perhaps this superstitious fashion statement will prove to be a good omen, but they’re going to need a lot more than that to upset the 15-2-1 Stampeders. If Burris is on his game, however, a Reblacks victory is entirely possible.