Many of the top soccer clubs in the world are heading to the U.S. this month for the fourth annual International Champions Cup tournament organized by Relevant Sports. Real Madrid, Bayern Munich and Chelsea highlight a group that also includes Leister City, Liverpool, Inter Milan, Paris Saint-Germain and AC Milan. Barcelona and Celtic are part of the European component of the tournament as well. The star-studded clubs with massive global appeal have attracted a bevy of sponsors looking to tap into the fan base of the world’s most popular sport. 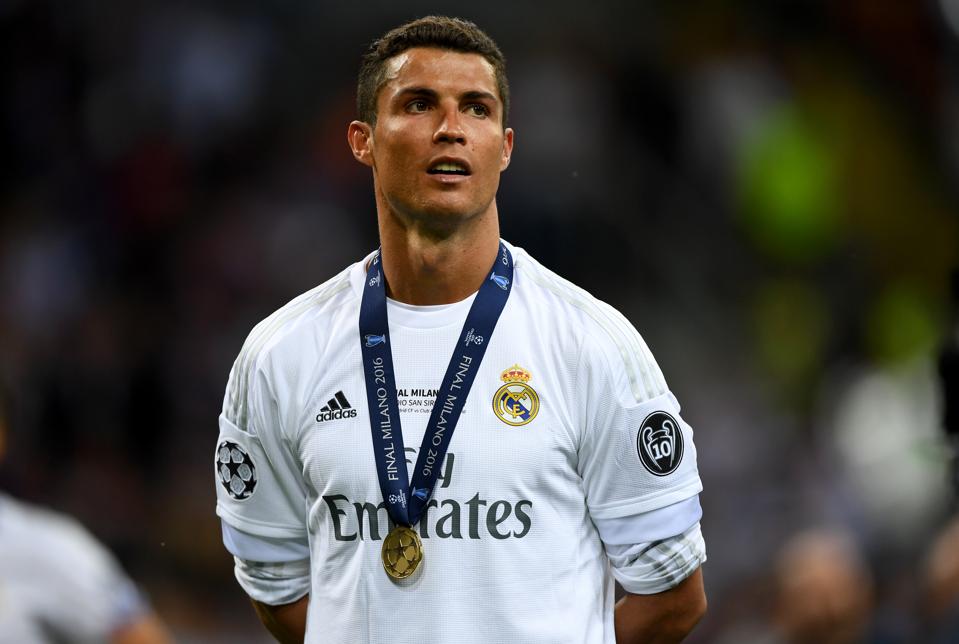 Cristiano Ronaldo and Real Madrid, fresh off their Champions League title, are coming to the U.S. this month for the fourth annual ICC. (Photo by Shaun Botterill/Getty Images)

Relevant will announce five sponsors today for the 2016 ICC, including returnees from last year inGatorade and Under Armour UA -3.97%, as well as new partners DHL, Equinox and Geico. They join previously disclosed sponsors Groupon GRPN -3.71%Live, Indeed, McDonald’s and Vivid Seats. Heineken announced in May it would be the presenting sponsor and official beer of the ICC as part of a multi-year deal with Relevant Sports, which was founded by billionaire Stephen Ross and former New York Jets exec Matt Higgins. Sponsorship revenue for the tournament is up 60% over last year.

The ICC has grown tremendously since it was first played in 2013 with 11 matches in the U.S. and one in Spain. There will be 23 matches this year played across seven countries with games in Australia, China, England, Ireland, Scotland, Sweden and the U.S. (standalone tournaments will take place concurrent to the U.S./Europe event in Asia and Australia for the second straight year featuring seven more clubs). Relevant signed a three-year TV deal with ESPN this year to broadcast the event with all of the game broadcast on ESPN or ESPN2. Global TV revenue is up 40% over 2015, and there are 65 TV agreements for the event this year with the ICC broadcast in 170 countries and territories.

The 2016 ICC runs from July 23 through August 13 and serves as a preseason competition for many of the top European teams. It also provides a chance for those clubs to expand their fan bases in the lucrative U.S. market. All of these clubs are already global giants. Witness their social media followings, which include nine if the 10 largest among all sports teams across Twitter, Instagram and Facebook (Arsenal is the one exception in the top 10 not partaking in the ICC). Barcelona and Real Madrid lead the way with 148 million and 146 million social media followers respectively. 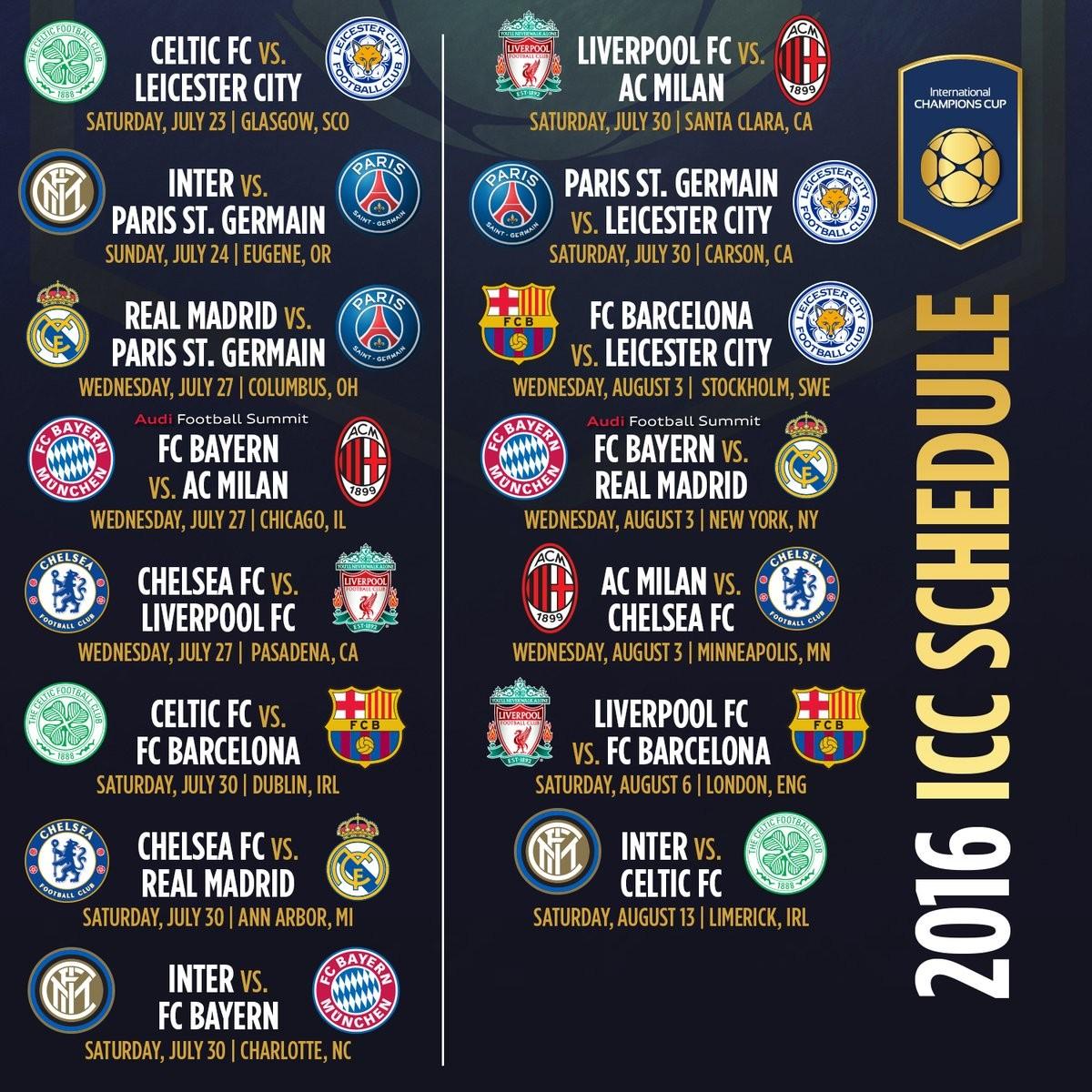 Soccer has made inroads in the U.S. with both MLS and European clubs, but it still lags considerably behind other sports in popularity. The latest Harris Poll has the U.S.-version of pro football on top with 33% of Americans naming it their favorite sport, up nine percentage points from 30 years ago. Next up are baseball (15%), college football (10%), auto racing (6%), pro basketball (5%) and hockey (5%). Soccer follows along with college basketball at 4%, up from 3% in 1985.

The ICC is the third major soccer tournament of the summer, following the Copa America and European Championship with the Rio Olympics still to come next month. It is a chance to further plant soccer in the American consciousness. The 10 teams in the U.S./Europe division have won a total of 190 domestic league titles and 36 UEFA Champions League titles. ICC matches will be held at marquee venues like the Rose Bowl and the University of Michigan’s “Big House.” The 2014 ICC game in Ann Arbor between Real Madrid and Manchester United set an attendance record for a U.S. soccer game with 109,318 fans.