Duration: September – October 2016. Campaign efforts will continue through the end of the year.

Many people perceive eBay as a marketplace only to bid on used or vintage items. However, more than 80% of the products on eBay are new and available at a fixed price, which represents a significant brand transformation.

Strategy
Working with Edelman, eBay developed a social first strategy which focused on the idea of using social influencers to help communicate the reality of shopping on eBay today.

Efforts were driven by a tagline that embodied the modern identity of the brand: A simple shopping experience with a wide selection of new items at fixed prices (no bidding required) and fast shipping.

In addition to spreading awareness and gaining attention for eBay as a brand, the campaign also had the goal of dispelling the notion that the site primarily sells used items. Programming was set to focus on “unboxing” as an experience of opening new retail products.

The campaign team selected Kloss to be the figurehead of the eBay Unboxed campaign efforts. Kloss, a coder and advocate of women in the computer science field, fit well with the eBay brand.

“[Kloss] is the epitome of new and now, and as a true Renaissance woman—between baking Karlie’s Kookies, coding, and being a global style icon—her influence and aesthetic is so aligned with eBay’s DNA,” explained Karina Sokolovsky, eBay’s senior director of consumer engagement.

The PR team also sought out other celebrity and social influencers who could best spread the message of the campaign. In addition, a microsite unique to the campaign was developed and launched.

Tactics
In early September, the eBay Unboxed campaign launched with a series of unboxing videos by influencers and fashion icons Nate Berkus and Chris Benz.

On September 22, eBay released the marquee campaign video featuring Kloss on her Instagram channel, which boasts 5.6 million followers. She also posted the video link to her Twitter account, which has nearly 2 million followers. The video features Kloss ordering new products using an eBay app on her smartphone in preparation for a dinner party. The video received more than 100,000 organic views in less than one hour.

To inspire consumers to further engage with the campaign on social, the team created a call to action, inviting followers to suggest items for Kloss’ apartment via eBay’s Twitter page using the hashtag #eBayUnboxed. Additionally, eBay executed a social-driven sweepstakes, sending 10 participants the items they suggested to Kloss.

“I decided to give my apartment an upgrade for fall and there’s nowhere else I would turn for everything I need for my home and closet than eBay,” Kloss told PRWeek via email, in reference to the campaign. “I love hearing from my fans and followers about what they love right now across fashion, home, and tech. I was excited to take to social and ask my fans to help me shop for the coolest and most coveted things that I can’t find myself.”

The campaign team also repurposed content created by the social influencers featured in the unboxing videos on eBay’s branded social channels, often as GIFs or screenshots. 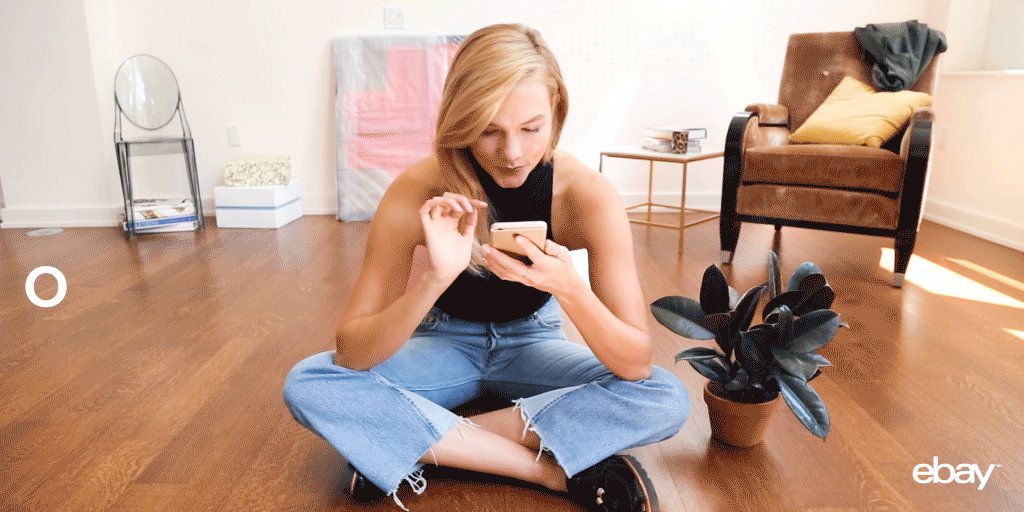 The unboxing content was tailored for use in other eBay markets and has been promoted globally across eBay channels, with highly-viewed Facebook posts on eBay Canada, eBay U.K., eBay Germany, and eBay Mexico.