Once considered nemeses in the early days of computers, tech giants IBM and Apple recently decided to set aside their differences in a historically contradictory partnership. The relationship between the two is much different now than it was in the 1980s. If you visited Apple’s campus in Cupertino, California today, you might be greeted by over 100 IBM employees found working on forthcoming iOS apps for IBM clientele — Citigroup, Sprint, and others.

But Apple isn’t the only company undergoing transformation. IBM provides employment to over 380,000 people, over half of which are now using MacBooks, meaning IBM is on its way to becoming the world’s largest corporation to collectively make use of Apple’s laptop computers.

Now rivaled by the contemporary culture of smaller startup companies in Silicon Valley, IBM is tasked with using its self-described “innovation” and massive scale “to turn culture into a competitive advantage,” IBM CIO Jeff Smith told WSJ. Partnering with Apple, he believes, may be the answer.

The times have changed, and the name IBM bears far less meaning today than it did 30 years ago. In fact, the company’s revenue has been on an incessant decline for the past 13 quarters. As a result, IBM has decided to stress data analytics, security, as well as mobile and cloud computing over traditional hardware sales. 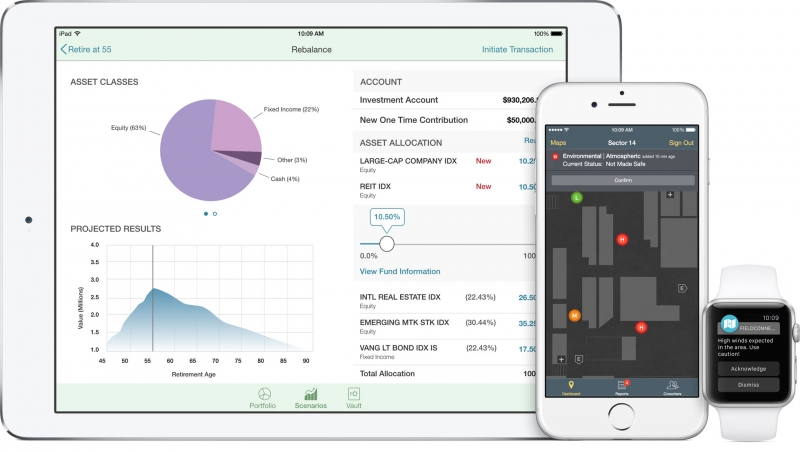 Likewise, IBM is making an effort to attain relevance once again by partnering with more pertinent tech companies, namely Apple, Twitter, and Facebook. Smith suggests these companies offer IBM “an aspiration to do do something quite special, but leverage what we’re strong at.”

While it’s too premature to tell if these partnerships appear to be benefiting IBM, providing its customers and employees with computing tools considered the standard by the rest of Silicon Valley is unquestionably a safe place for IBM to begin its reformation.

Seeing as it was only three years ago that IBM restricted the internal use of Siri over security concerns, its employees were ecstatic, and presumably shocked, about the announcement that 185,000 IBM workers would be equipped with MacBooks.

The app development partnership between IBM and Apple was revealed back in July 2014. 43,000 iPads were sent to its sales force, with current support for over 110,000 iPads, iPhones, and MacBooks in total. Smith estimates that IBM will manage 50,000 MacBooks by the year’s end, with that number expected to eventually multiply by four.

Moving forward from that collaborative effort, IBM’s newfound rapport with Apple was conceived to aid its customers in distributing thousands of Mac computers. Last fall, Workplace as a Service VP Fletcher Previn was sent to Apple’s HQ for a week to observe how Apple prepares its own employees to begin using Macs. Thanks to this experience, IBM can now coach its own employees on OS X, with instruction straight from the horse’s mouth.