Male golfers dropping out of Olympics, so why aren’t the women? 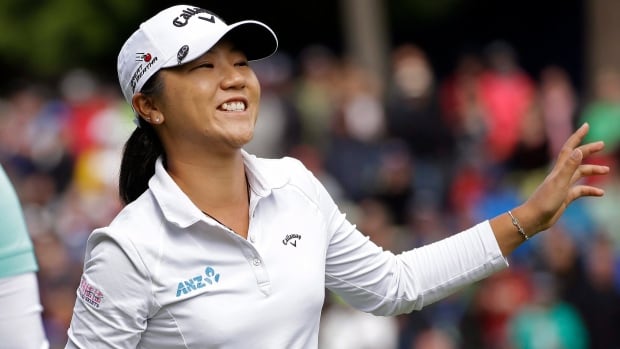 The LPGA’s top-ranked Lydia Ko is thrilled to attend the Rio Olympics, in contrast to many of the top male pros bowing out, citing the Zika virus. (Elaine Thompson/The Associated Press)

When it comes to golfers and their interest in competing at this year’s Olympic Games in Rio de Janeiro, a curious gender divide is emerging which, at first glance, is counter-intuitive.

While world No.1 Jason Day and fourth-ranked Rory McIlroy are among several big names in the men’s game who have already opted out of Rio, not a single women’s player has yet withdrawn from global sport’s showpiece.

Both Day and McIlroy have cited Zika fears as their prime reason for pulling out, saying they were unwilling to put either themselves or their families at risk from a mosquito-borne virus that can cause crippling birth defects.
Yet even though pregnant women appear to be most vulnerable to the virus, Ladies Professional Golf Association players have enthusiastically embraced golf’s return to the Olympics after an absence of more than a century.

According to a recent Sports Illustrated survey, 40 per cent of LPGA Tour players said they would prefer to win a gold medal in Rio than any of this year’s four major golf championships.

In contrast, 29 per cent of PGA Tour players expressed a preference for winning gold over the season’s final major, the PGA Championship, and that percentage would likely have been lower if the Masters, U.S. Open and British Open had factored in.

Surprisingly, 62 per cent of PGA Tour players rated the Players Championship, which is not a major, above Olympic success.

Based on that and other evidence collected so far, women players seem to have placed a higher priority on Olympic golf than a majority of their male counterparts.

American Matt Kuchar, a seven-time winner on the PGA Tour who is ranked 17th in the world, summed up the ambivalence of his peers over golf’s return to the Olympics.

“For the fact that this is going to be the first time in over a hundred years for golf to be played at the Olympics, we will certainly be awfully excited,” Kuchar told Reuters.

“But would you rather win one of the majors or an Olympic medal? I don’t know exactly. Most of the Olympic sports have their ‘big event’ once every four years with the World Cups and world championships that go on.

“In the golf world, we have our four majors … then every other week there is a big event going on with major attention. The fact that we have an event every week, the Olympics will be another event.”

For Lydia Ko, the top-ranked women’s golfer, the thrill of being part of the Olympics trumps any fear over Zika.

“I’m more excited about the Olympics, about the ceremony, about just being in that Olympic vibe than worrying about the Zika virus,” said the 19-year-old New Zealander.

“It’s more important that we enjoy Rio and we’re excited about it. And all the girls I’ve talked to, that’s kind of the response. We’re all excited to go to Brazil, represent our countries and be there amongst the other Olympians.

“It’s unfortunate with what’s happening with Zika. We all trust the people that are taking care of it … it’s in their hands now.”

U.S. health officials have concluded that Zika infections in pregnant women can cause microcephaly, a birth defect marked by small head size that can lead to severe developmental problems in babies.

The World Health Organization has said there is strong scientific consensus that Zika can also cause Guillain-Barre, a rare neurological syndrome that causes temporary paralysis in adults.

For women golfers, national pride and greater recognition on a global stage appear to be driving forces as they prepare for the Rio Summer Games. With the men, however, Olympic motivation does not seem to be anywhere near as high.

And yet as the list of notable men’s absentees from Rio is steadily lengthening, several leading PGA Tour players are excited by the prospect of being at the Olympics for the Aug. 11-14 men’s golf competition.

American world No.2 Jordan Spieth anticipates an “awesome” experience while fifth-ranked Swede Henrik Stenson told Reuters: “I see it as a once-in-a-lifetime opportunity to be part of the Olympics. It’s a cool event.”

A significant difference between men and women as the Rio clock ticks down relates to their respective 2016 schedules for the biggest golf events.

On the PGA Tour, the last three majors have been crammed into a hectic seven-week span from mid-June until late-July because of the Olympic Games, a prime reason for Australia’s 2013 Masters champion Adam Scott saying no to Rio.

In contrast, the women’s majors have been generously spread out with the first in April, another earlier this month, two more in July and the final one of the season to be held in mid-September.

“It seemed right to take a break [around the Olympics] for the players,” said LPGA Commissioner Mike Whan. “It’s an exciting time for us. I have yet to meet somebody in player dining who wasn’t trying to figure out if they were going to make it on their country’s team in Rio.”