In the end, Deadline Day itself was a yawner for the NBA. Not that there was no action — hey, earlier this week, DeMarcus Cousins got traded, and Serge Ibaka was dealt before that. But Thursday passed with mostly minor deals and a good bit of indignance among fans who were quite sure they could do the jobs of their local general managers better.

But there were winners, and there were losers. Here’s how we size them up now that the deadline has passed.

MORE: Here are all the deals you may have missed on deadline day

If you’re the Cavs and the Warriors, no news is good news. And the relative lack of blockbuster news on Thursday stands to benefit the two teams that are looking to face off again for the third time in a row in the NBA Finals.

It was a busy day in Boston, where the Celtics had been linked to two wing stars, Jimmy Butler of the Bulls and Paul George of the Pacers. But both Indiana and Chicago, while engaging in discussions on their star players, were reluctant in the end to dip into a full-blown rebuilding situation. That left the Celtics unable to pry away a piece that could have landed them on the Cavaliers’ level this spring.

Toronto was able to land Serge Ibaka, who should cover up the team’s hole at power forward, and were able to add further depth with P.J. Tucker. Both should help the Raptors right their teetering ship, but they’re not enough to get the Raps past Cleveland. And with all due respect to Bojan Bogdanovic, he’s not going to vault the Wizards into contention, either.

So, Cleveland is all good.

Same goes for the Warriors in the West. Houston made minor moves, including acquiring backup guard Lou Williams, but such tinkering on the edges is not a threat to Golden State. The Thunder got tougher and deeper by trading for Taj Gibson and Doug McDermott with the Bulls, but OKC is still a team that will have a hard time getting out of the first round of the playoffs.

The best news for the Warriors: San Antonio and the Clippers stood pat. The West is Golden State’s to lose.

There will be difficulties for coach Alvin Gentry in working out the Xs and Os of playing Cousins and Anthony Davis together. There will be a lack of perimeter shooting to space the floor, and there will be an excess of pressure on Jrue Holiday, who is the only ballhandler on the roster (at least until the Pels come up with a free-agent signee). There’s also the prospect of giving Cousins a monster contract while Davis is collecting on his own monster deal.

There are nits to pick when it comes to the deal that landed Cousins with the Pelicans. But forget all that, because the fact that the Pelicans were able to finally come up with a star player to pair with Davis is all that really matters for a franchise that has been floundering since it fired Monty Williams two years ago.

LEROUX: Move to Pelicans has major impact on Cousins’ money

The Pelicans have struggled to bring in quality free agents and have had terrible luck with injuries. But in trading for Cousins, the team — which has traditionally sent away veteran stars, like Chris Paul and Baron Davis — has brought in an All-Star quality piece that should inject some life into what had been a flagging franchise. New Orleans is only 2.5 games back of a playoff spot in the West, and if Gentry can pull the gang together quickly, the Pelicans will have reversed their fortunes in a hurry. 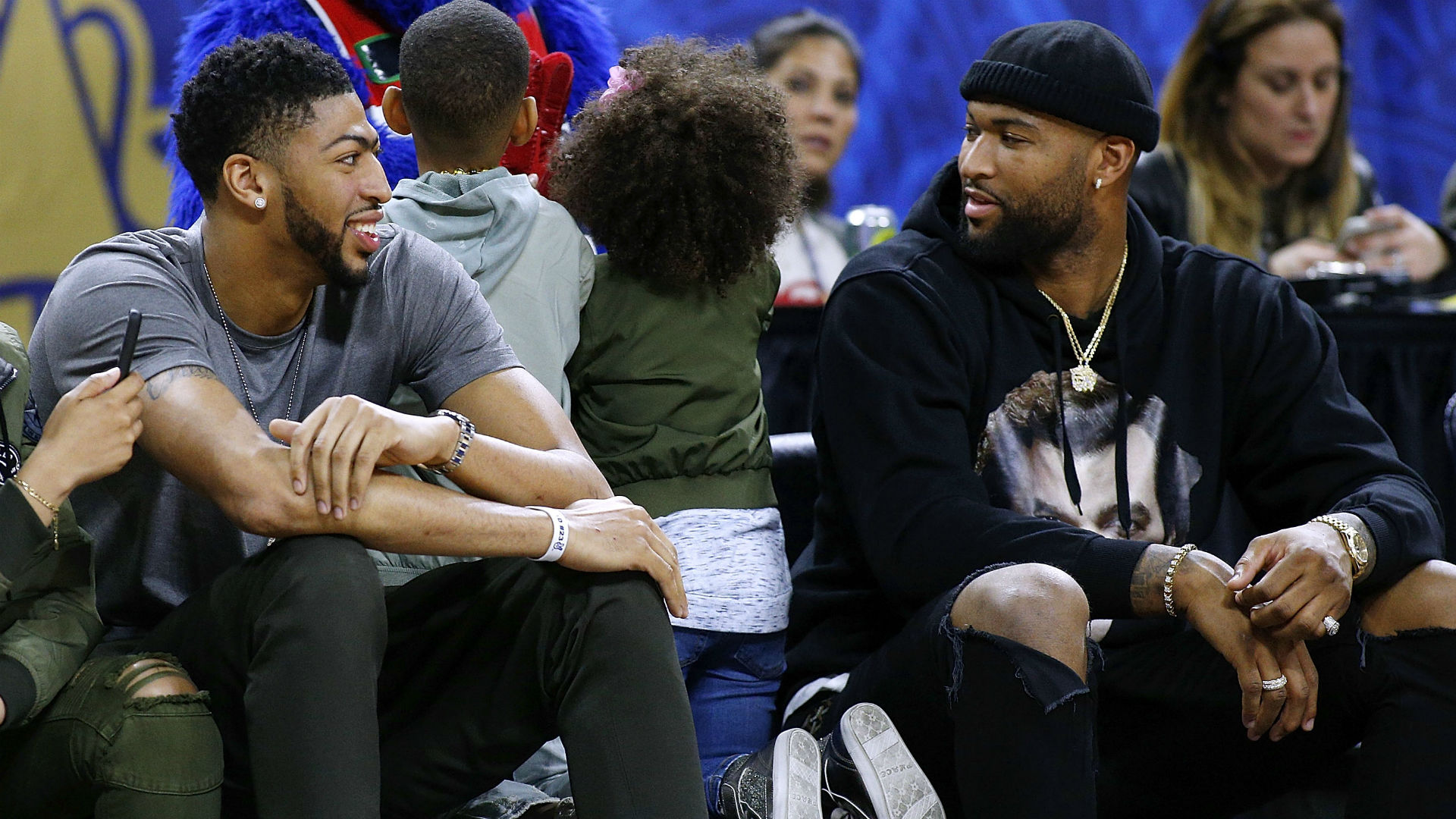 Take a look at the five 2017 first-round picks that were given up ahead of the deadline, and you see a pattern. Only one was a pick that is currently projected in the lottery, and that was the pick the Pelicans included for Cousins. The other four picks (Washington’s, to Brooklyn; Houston’s, to the Lakers; the Clippers’, from Toronto to the Magic; and Memphis’, from Denver to Portland) all fall between No. 22 and No. 27.

Unless a team was getting a player like Cousins in return, there was simply no giving up on first-round picks in this year’s draft. Not just lottery picks, but even picks in the mid- to late-teens.

NBA DRAFT: Who goes No. 1 in SN’s latest prospect rankings?

There were plenty of useful veterans to be had at the deadline, including (but not limited to) Nets center Brook Lopez, Kings point guard Darren Collison, Sixers center Jahlil Okafor, Lakers forward Luol Deng and Nuggets forwards Danilo Gallinari and Wilson Chandler. But teams were clinging tight to their draft picks on this day, convinced that the upcoming draft is going to be a blockbuster in itself.

Even deals that did get done — the Thunder getting Gibson and McDermott; the Raptors getting Tucker; the Mavs getting Nerlens Noel — were done with second-rounders. The Celtics held their rights to Brooklyn’s pick this year, which is slated to be No. 1 overall before the lottery.

As one GM said, “I think what that says is that everyone knows this is a great draft coming up, and a deep draft. Everyone was holding onto those picks with dear life, all week, really.”

What a disaster of a week for Sacramento. All season, some factions within the team were looking to trade Cousins, knowing full well that a better package could be obtained for their mercurial star if the move was made early in the year.

Instead, the Kings spent months hammering home the notion that Cousins was staying and that the team would hand him a maximum contract extension worth more than $200 million. Much of this chatter stemmed from the insistence of owner Vivek Ranadive, who thwarted the exploration of trade deals for Cousins in November and December, as he had done in the past.

On the final night of All-Star weekend, the Kings had a change of heart. Now they were open to moving Cousins, finally put off by recent spats of bad behavior. Nevermind that Cousins has been granted indulgences for bad behavior in Sacramento since coming into the league seven years ago — now, suddenly, the camel’s back had been broken by some pretty thin straw.

With Cousins’ value diminished and with little time to gather together a bidding war for the big man, Vlade Divac meekly accepted a package of Buddy Hield, Tyreke Evans, Langston Galloway, plus a first- and second-round draft pick for Cousins. Omri Casspi also went to the Pelicans.

It wasn’t just that the Kings didn’t get a great package back for Cousins. It was the way the whole thing unfolded — the embarrassment of saying Cousins would not be traded, the speed of the shift away from that statement, the way that general manager Vlade Divac said he had a better offer days ago but turned it down, and the damage done among players and agents by the treatment of Cousins.

Cousins has never been too sympathetic a figure. But the Kings’ bugling changed that.

Everyone wants to lambaste Sixers owner Bryan Colangelo over the deal the Sixers made to send Nerlens Noel to Dallas (Andrew Bogut, Justin Anderson and what’s likely to be two second-rounders was the return). That ticked off the devotees of Sam Hinkie’s approach to rebuilding in Philadelphia, most of whom have never been on board with Colangelo’s hiring.

But if you’ve listened to Sixers coach Brett Brown over the last couple of years, you’ve heard him repeat the notion that the problem with the way the team was operating was that the roster was lopsided and he could not play everybody. That hinders development. It also damages trade value. That was one reason the Sixers had trouble finding a good deal for Jahlil Okafor, who is now likely to be moved in the offseason.

Noel is only 22 and was the sixth pick in the draft in 2013. But he’s also been injury-prone and carries with him the worry that he is too thin to be a center but not versatile enough to be a power forward. And he’s heading into restricted free agency. I asked a league executive what kind of contract Noel might seek on the market, and the answer was, “$90 million.”

The Sixers should not pay Noel $90 million, not with the prospect of needing to pay Dario Saric and Ben Simmons looming, not to mention two lottery picks this year. Noel hasn’t developed with the Sixers, and with his injuries and with the crowd in the Sixers’ frontcourt, he probably was not going to. The rest of the league’s executives, well aware of that, were not serving up enticing offers for him.

Blame Colangelo if you like. But with the way the Sixers are constructed, there was not much else to be done with Noel. 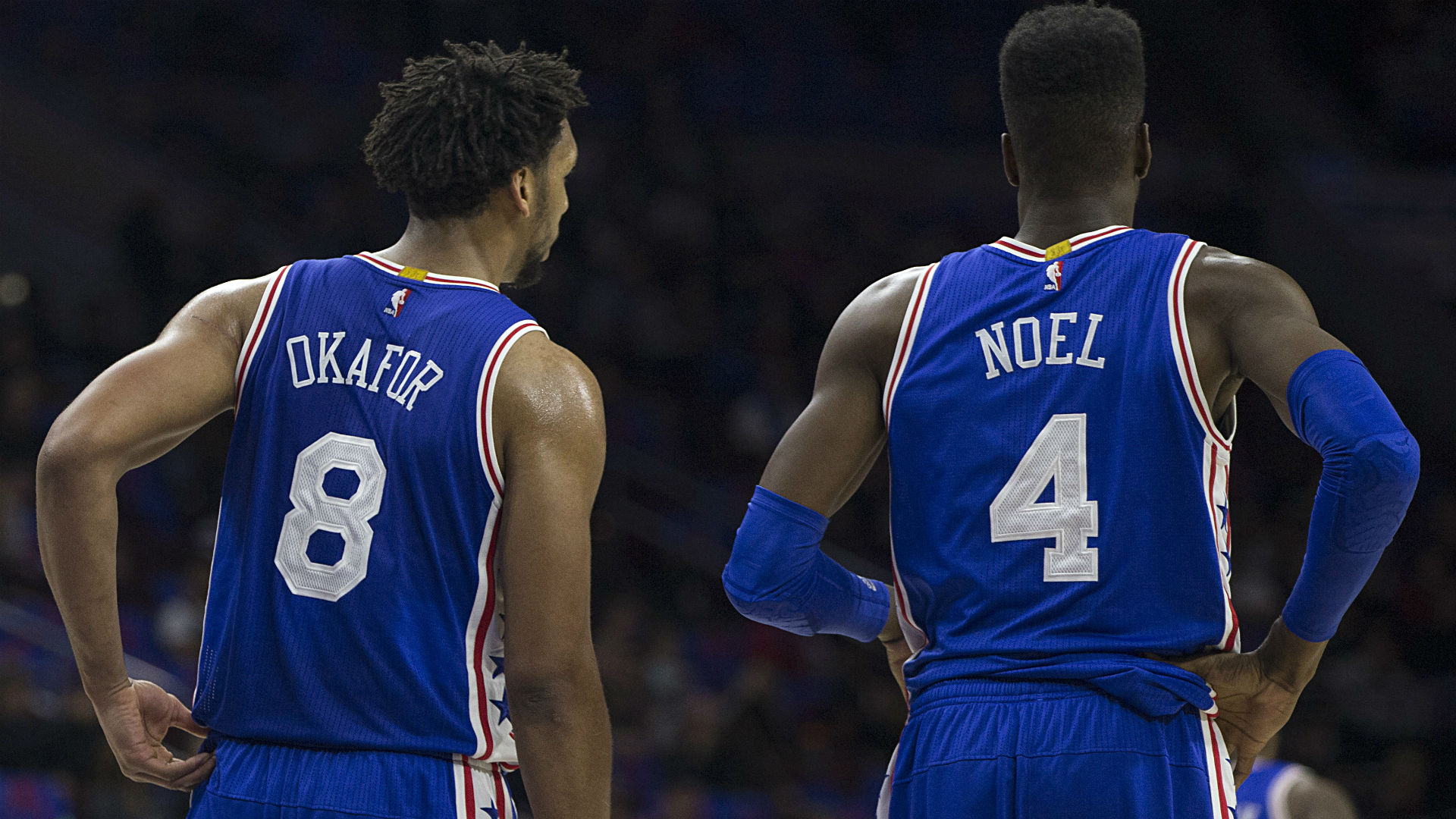 They’re stuck with each other, at least for another two months. But if the events of the last few weeks are any indication, it’s time that Jackson and Anthony get together and hammer out an understanding that allows them to continue productively in New York (a longshot) or paves the way for Anthony to land elsewhere this summer.

There is not a burgeoning market for an aging, ball-stopping volume scorer like Anthony, at least not unless he and the Knicks can find a destination that can identify a team that would welcome Anthony into its offense with an understanding that he would be more of a power-forward, role-player option (as he did in the Olympics) than a 20-plus-point scorer.

It is going to take a lot of convincing to get Anthony to accept that he would be better off finishing his career with a reduced role on a contender than starring on a spiraling Knicks team. But it is the only way for the Knicks and Anthony to come out with a positive mutual breakup. It didn’t happen at the deadline, however, and it will be tough to work out this spring.

In truth, the Bulls’ front office could not have won, no matter what they did at the deadline. John Paxson and Gar Forman could have dealt Jimmy Butler, conceded their recent mistakes and headed into rebuilding, which would have put their jobs on the line. Or they could have kept Butler and continued on the franchise’s rocky trajectory.

That’s understandable. Trading a star is a dirty business. But the team then decided to deal away Doug McDermott and Taj Gibson without receiving a first-round pick in return. Instead, they got Andre Roberson, Anthony Morrow and Cameron Payne.

Payne is the only player of consequence here. He is averaging 5.3 points on 33.1 percent shooting this year, which is obviously not good. But he is in his second year and could have value — the Bulls liked him a lot in the 2015 draft. He has not shown much to date, and there was an expectation that more could be had for Gibson, even as an impending free agent.

A first-round pick was not going to happen, and fan reaction to the Bulls deal was overstated. Still, landing Payne is a light return. It’s been an underwhelming few days at the top of the Bulls’ organizational chart.