It was fitting that this Hollywood return for Wayne Simmonds came with a happy ending.

Simmonds scored three total goals, including the eventual game-winner in the final round against Connor McDavid and the Pacific Division, to capture the $1 million grand prize in his All-Star Game debut. He seemed at home under the bright lights of Staples Center. After all, it was there Simmonds established his NHL roots before blossoming into an All-Star after a trade to the Flyers in 2011.

“It was unbelievable,” Simmonds told NBC Sports. “Probably one of the best days of my life. I’ve had a blast with these guys.”

His signature play came in the Metropolitan’s first game, a 10-6 victory over the Atlantic Division, when Senators defenseman Erik Karlsson misplayed a puck at the blue line and Simmonds picked his pocket. The power forward lumbered on for a partial breakaway, deking Carey Price for a highlight-reel goal.

It even earned a fist bump from The Great One. 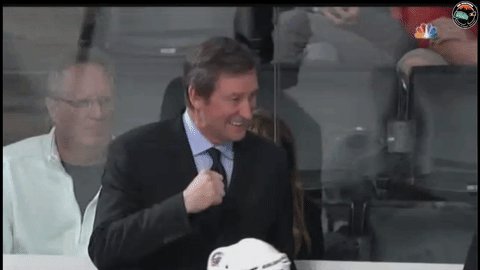 Simmonds, who won a brand-spanking new 2017 Honda Ridgeline for his efforts, said he was “dumbfounded” to be on the ice for the All-Star Game with Wayne Gretzky on the bench as the replacement coach for John Tortorella.

Simmonds, 28, leads the Flyers with 21 goals this season.