A request to trademark the name and logo of the Vegas Golden Knights, the NHL’s 31st franchise, has been denied by the United States Patent and Trademark Office, causing yet another hitch in what has already become a protracted initiation process for team owner Bill Foley.

In a 164-page letter, Foley’s holding company, Black Knight Sports and Entertainment LL Etc., was informed of a possible trademark conflict based on the “likelihood of confusion” with the NCAA’s College of St. Rose Golden Knights.

It wasn’t immediately clear exactly what the denial means for the Las Vegas franchise’s branding plans.

Foley was given six months to respond to the letter, dated Dec. 7, and provide evidence as to why the refusal should be withdrawn.

“Office actions like this are not at all unusual, and we will proceed with the help of outside counsel in preparing a response to this one,” the newest NHL franchise said in a statement issued Wednesday to Sports Illustrated. “There are countless examples of college sports teams with coexisting names, including Vegas Golden Knights and Clarkson Golden Knights, UCLA Bruins and Boston Bruins, U. of Miami Hurricanes and Carolina Hurricanes, etc.

“We will plan on making these arguments and others in our detailed written response to the office action which must be filed by June 7, 2017.”

The Golden Knights nickname and logos were unveiled Nov. 22 during a splashy ceremony at the T-Mobile Arena on the Las Vegas Strip, where the team will begin play in the 2017-18 season. It has already begun selling hats, shirts and other team-branded merchandise.

In the documents, the USPTO stated it found the design to be similar in “appearance, sound, connotation, and commercial impression” with the College of St. Rose’s athletic department, which does not count a hockey team among its sanctioned programs. 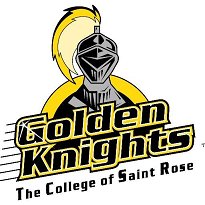 Winging It In Motown

LRT – according to that letter, here’s the problem with the Vegas Golden Knights trademark application

Foley, a 1968 graduate of the U.S. Military Academy, also ran into issues with the U.S. Army, which said last month it was reviewing a potential conflict with its elite parachute team that has called itself the Golden Knights since 1960. In response, Foley insinuated the NHL’s legal team had already cleared trademark and copyright hurdles.

Clarkson College and the University of Central Florida, which also call their athletics teams the Golden Knights, consented to use the name, Foley said.

A request seeking comment from the NHL was not immediately returned to Omnisport.