Department store chain Nordstrom is showcasing this season’s looks for men and women through a female lens.

Nordstrom’s effort, which broke Feb. 6, was shot by 24-year-old Canadian photographer Petra Collins and features a cast that is diverse in age, ethnicity and experience. The artist’s youthful perspective, seen in her snaps of authentic millennial moments, was chosen to portray a sense of newness reflected in both changing fashion and time of year.

Fresh start
Ms. Collins has showcased her work in exhibitions and has also shot for publications such as Vogue, Elle, Vice, i-D and Love magazine. Aside from her work behind the camera, she has also walked in a Gucci runway show, starred in one of the label’s campaigns and appeared in the Amazon-produced television series “Transparent.” 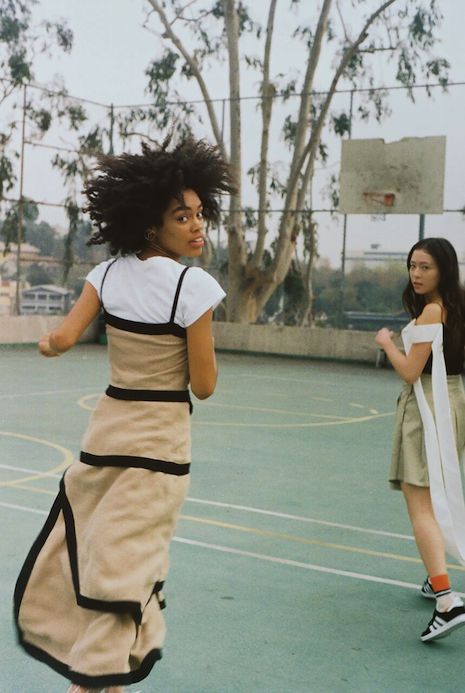 Ms. Kim, who oversees the development of the retailer’s concept shops, brand partnerships and new customer experiences, was tasked with creating the retailer’s first brand campaign in 15 years for spring 2016 (see story).

“We see the brand campaigns as our opportunity to tell our most fashion-forward story,” Ms. Kim said. “We want it to feel approachable, but still aspirational enough that our customers get excited about the season.

“We selected some of our favorite looks to showcase, but alongside that we wanted to make a statement about self-confidence, empowerment and authenticity,” she said. “With Collins, we selected a group of models and non-models alike to help tell a story of togetherness and unity, as if to say we are all here as one.

“As a young woman, Petra has such a strong and captivating voice, and an incredible way of articulating what she believes in through her camera lens. Her photos capture moments that are real and honest, and for this we think she is a great person to express fashion for 2017 in a way that feels strong, powerful and beautiful.”