Top shots from the Rio Olympics 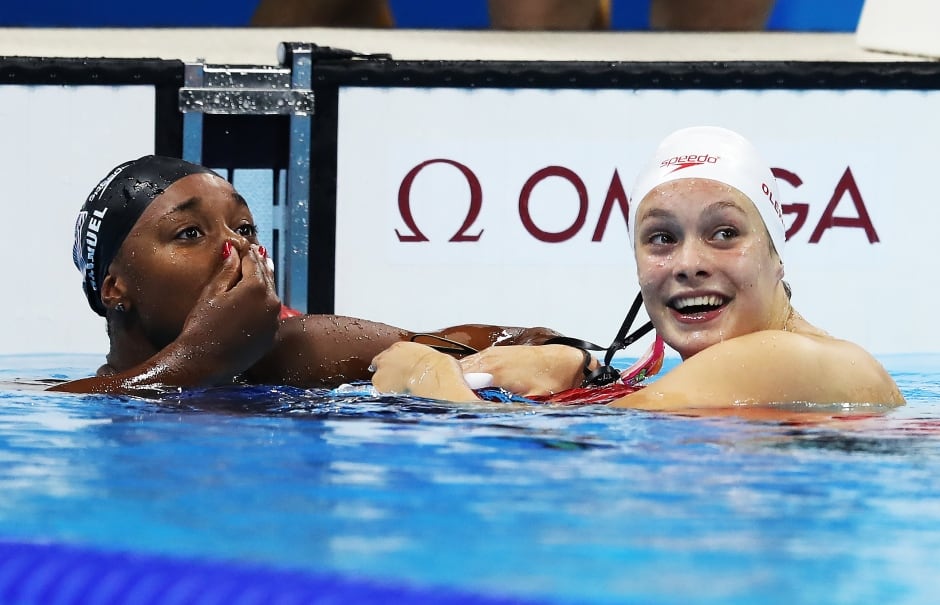 Penny Oleksiak now stands alone in Canadian Olympic history as the only Canadian to win four medals in one Games with a gold medal-winning tie with American Simone Manuel in the 100-metre freestyle on Thursday night in Rio. 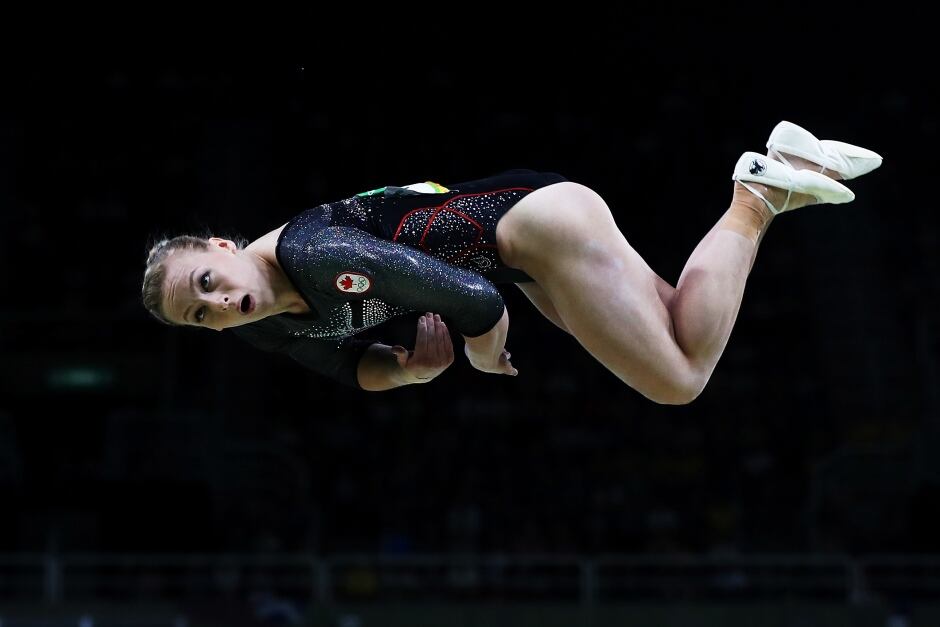 The Haligonian was aiming for a top-eight finish heading into Rio, but instead landed in a very respectable fifth behind the powerhouse American duo of Simone Biles (gold) and Alexandra Raisman (silver). 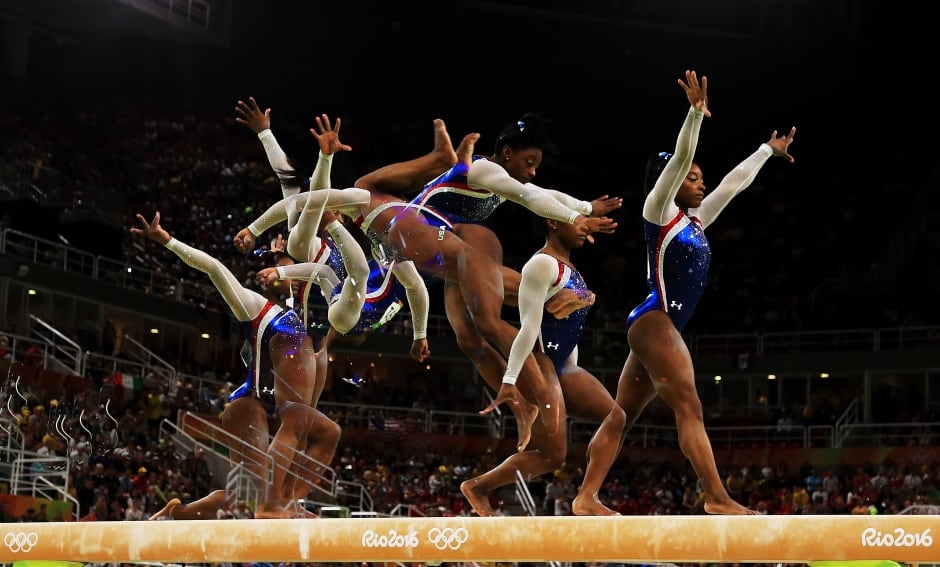 The American swimmer once again made Olympic history, winning the 200-metre individual medley on Thursday by a wide margin. His teammate Ryan Lochte finished fifth. 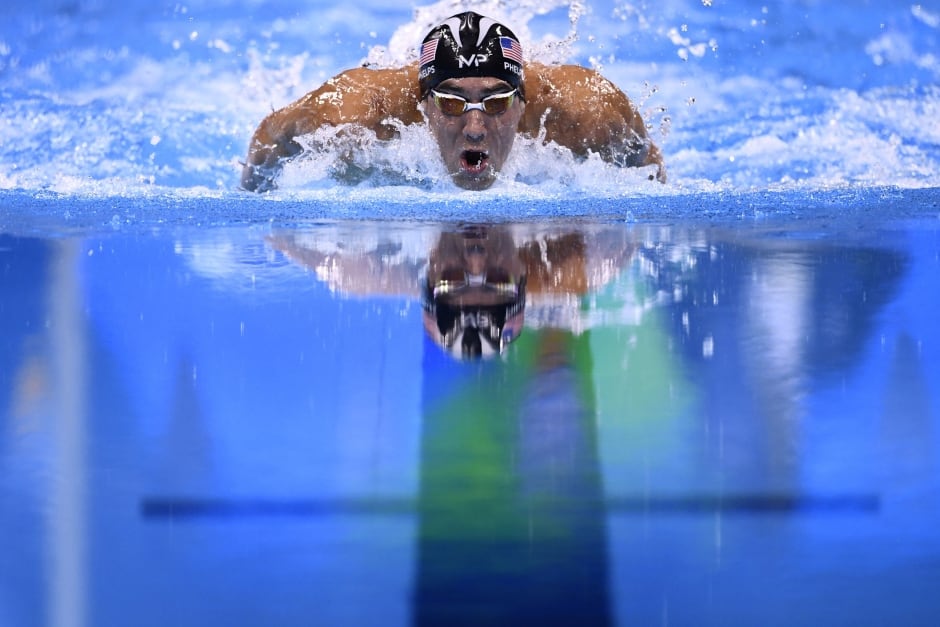 The Russian-born Canadian known as the “Chechen Wolf” (in blue) scored a 3-0 win over Jordan’s Obada Alksbeh in his men’s 64-kilogram light welterweight division bout on Thursday. 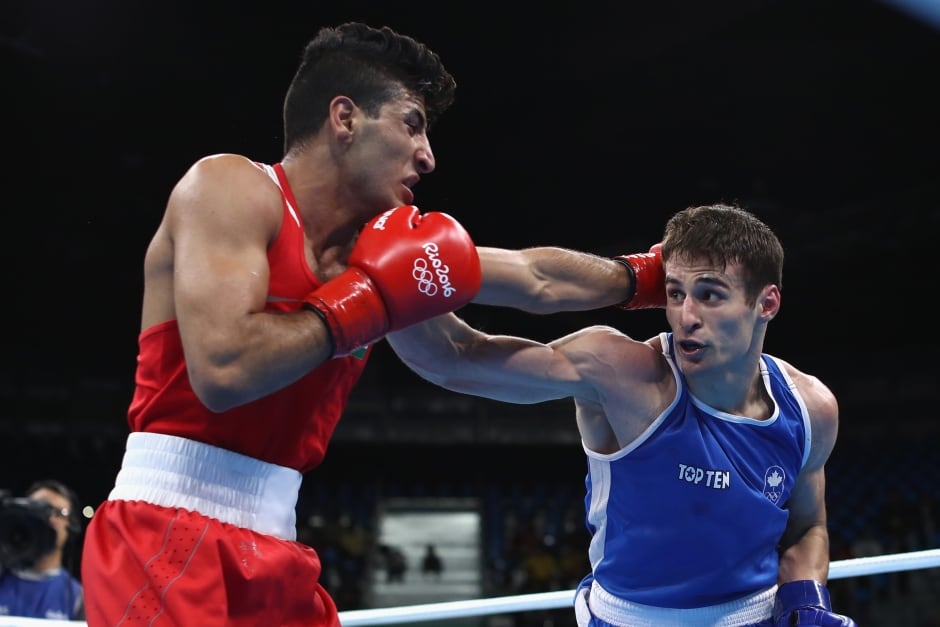 In the 69-kilogram weight class, Moroccan boxer Mohammed Rabii took this hit from Kenyan Rayton Nduku Okwiri but went on to win his Round of 16 bout to advance to the quarterfinals. 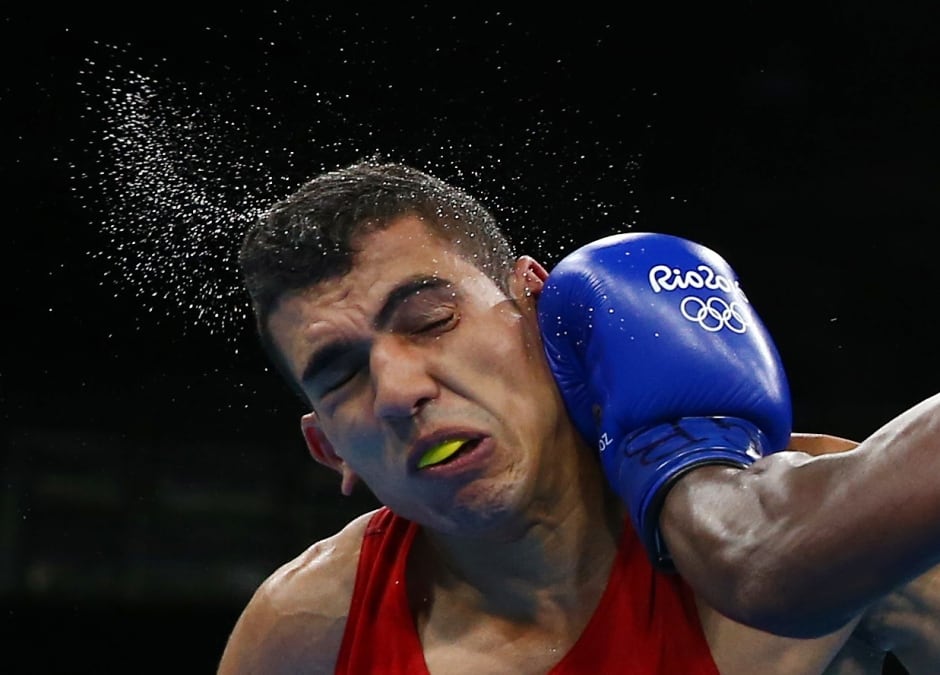 Vasek Pospisil and Daniel Nestor will play for bronze on Friday. 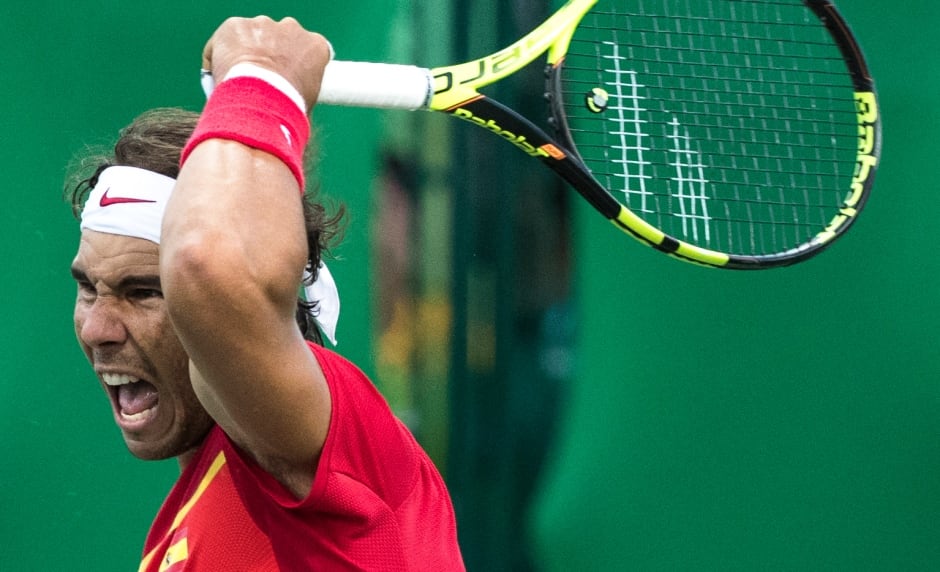 Nestor and Pospisil will face Americans Steve Johnson and Jack Sock in the bronze medal match. 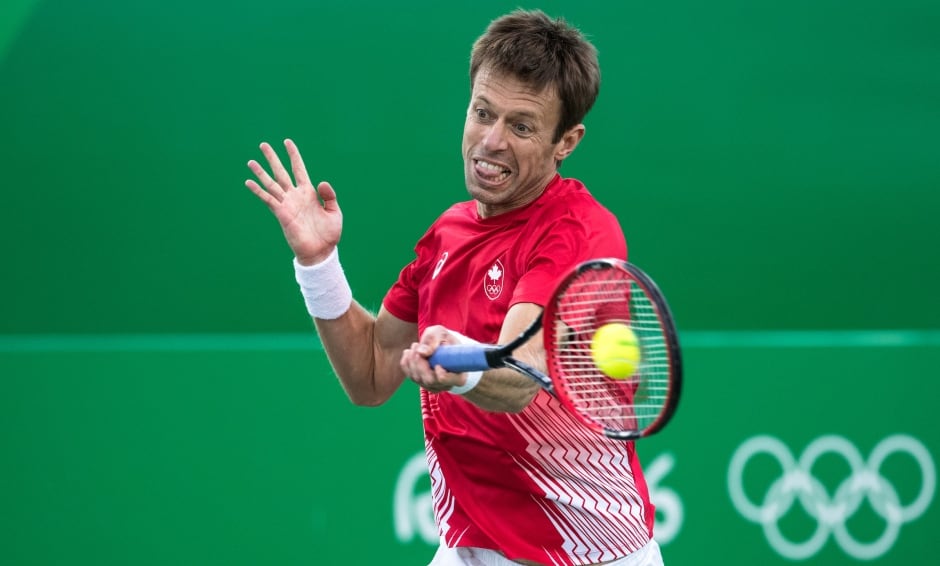 Great Britain sprinted to a gold medal in track cycling.

British track cyclists peaked at just the right time to claim a gold medal on Thursday. The New Zealand men’s team, pictured, were favoured coming into Rio, but the Brits edged them into second by less than 1/10th of a second.

On Team Canada, track cyclist (and skier) Georgia Simmerling became the first Canadian to compete in three Olympics in three different sports when she hit the cycling track on Thursday in women’s team pursuit. They advanced through qualifiers and will hit the track again against Great Britain on Saturday. 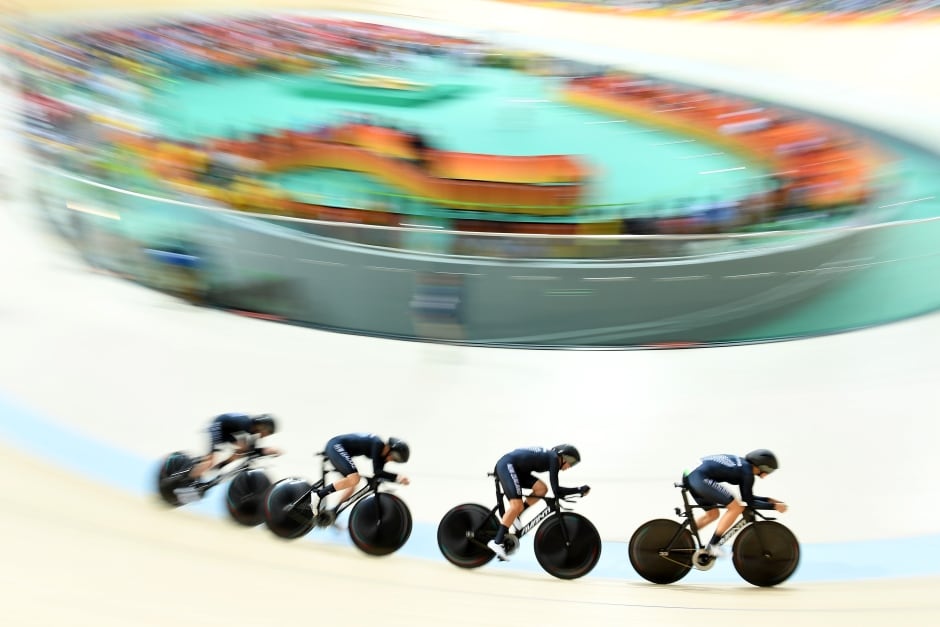 Fiji won its first-ever Olympic medal and it was gold.

The Fijian men’s rugby sevens team went undefeated in the Olympic tournament rolling over rugby powers New Zealand and Great Britain, who took the silver medal on Thursday. Earlier in the day the Fijians faced off with a dark horse Japanese side (that’s Kazushi Hano scoring Japan’s lone try), which finished fourth to South Africa. This is Terry Bouhraoua of France getting held up by New Zealanders Tim Mikkelson and Sam Dickson on Thursday. New Zealand won. 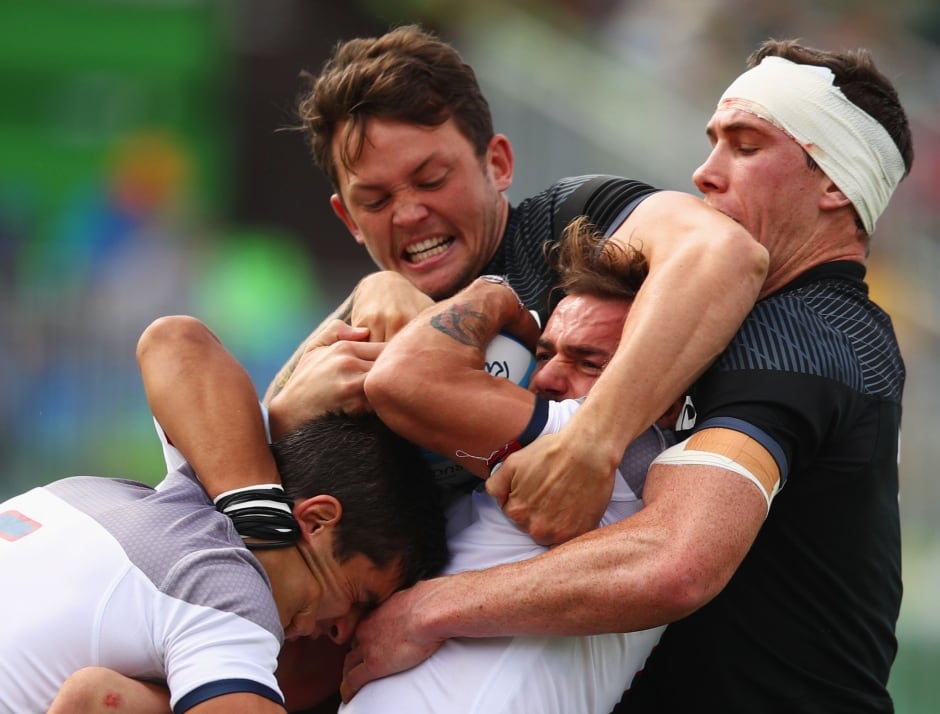 Canada’s Graham DeLaet got off to a strong start with a five-under par round of 66 in Rio — enough to see him tie for second heading into Day 2.

Here’s Spaniard Sergio Garcia playing a shot from the 16th tee on the first round of the men’s golf tournament. Englishman Justin Rose also potted the first-ever Olympic hole-in-one. 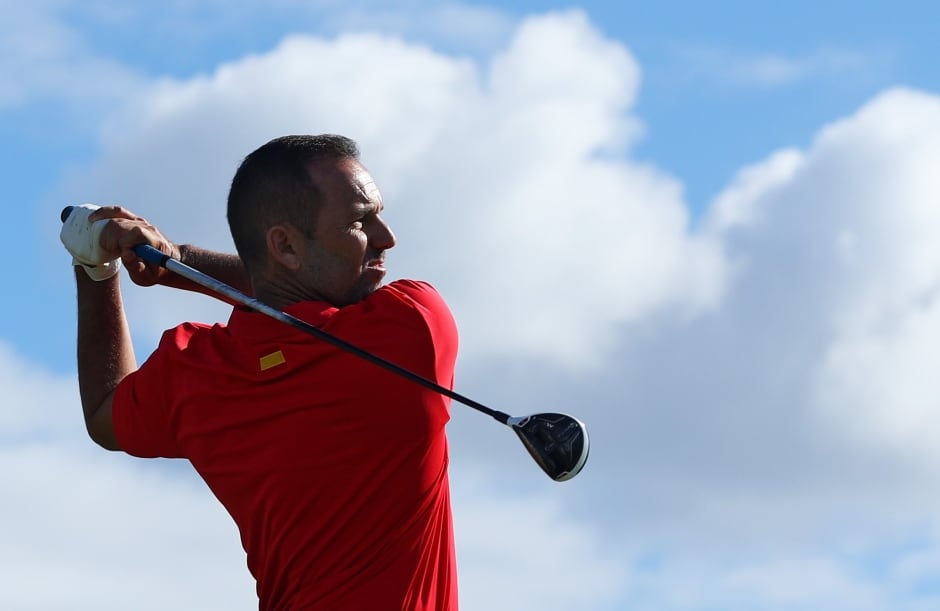 Sailing went ahead on a choppy Guanabara Bay. 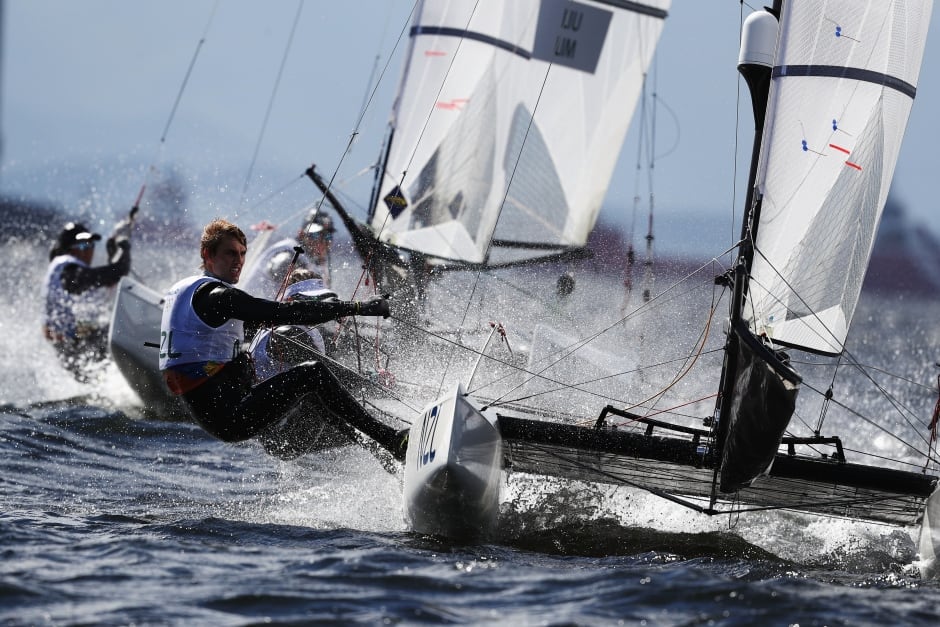 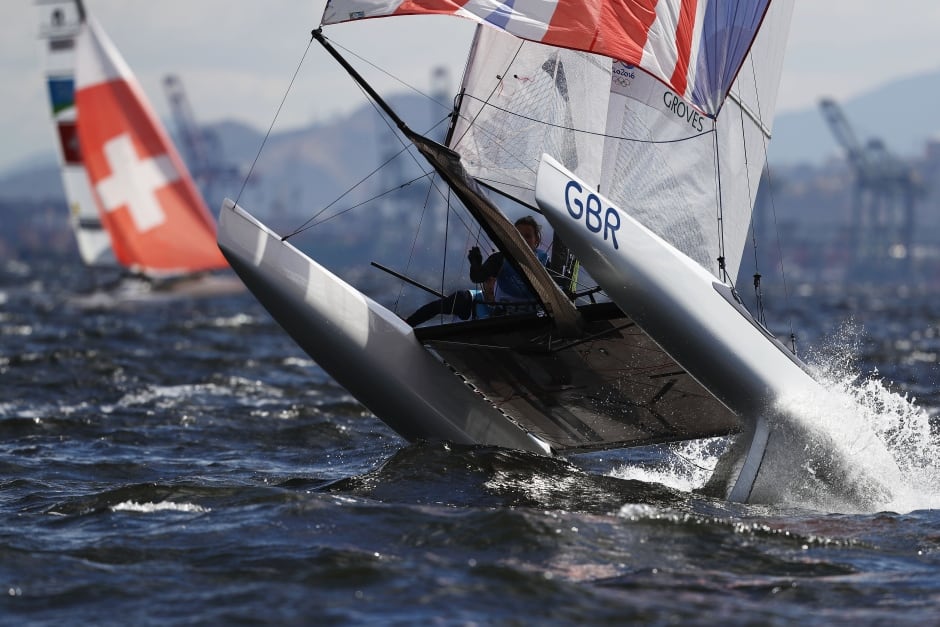