The Senators are slated to host the Canadiens in an outdoor matchup dubbed the NHL 100 Classic on Dec. 16, in celebration of the league’s 100th season. 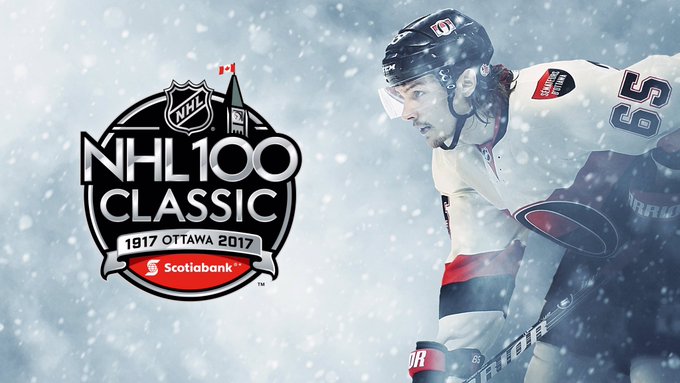 It’s official! The #Sens will be hosting the @scotiabank #NHL100 Classic against the Canadiens on Dec. 16th, 2017 at Lansdowne Park.

The game will take place at TD Place Stadium in Lansdowne Park, which typically hosts the CFL’s Ottawa Redblacks and the Ottawa Fury FC. The 24,000-seat venue is expected to add approximately 10,000 more seats ahead of the CFL’s 105th Grey Cup on Nov. 26, which will be left for the NHL 100 Classic the following month.

“I figure it’s 125 years for the Stanley Cup, you’ve got 100 years of the National Hockey League and the Ottawa Senators anniversary is being celebrated this year,” Senators owner Eugene Melnyk said, via NHL.com. “Only the hockey gods could have figured this one out for us to have them all coincide with our celebration of 150 years for Canada.”

On December 19, 1917, the first day of NHL action, the Canadiens and Senators played each other.

“The three anniversaries are something that all of us should be celebrating nowhere else but the nation’s capital,” Melnyk said. “It reaffirms the game of hockey was born right here in Ottawa, and it’s appropriate to have the celebration here in this city. It’s something everyone in this great city will be proud of. And I believe as a city, Ottawa is the cradle of hockey and Ottawa is the capital of a hockey nation. I hope every Ottawa Senators fan appreciates and celebrates our deep, deep connection to this game.”

Article Written by Kirstie Chiappelli of The Sporting News