Unveiled as Trump took office as the 45th president of the United States, the participatory livestream titled ‘He will not divide us’ is staged outside New York’s Museum of the Moving Image and is open 24/7.

The protest encourages members of the public to join in by delivering the words ‘he will not divide us’ into a camera, repeating the phrase as many times, and for as long as they wish.

“The mantra ‘he will not divide us’ acts as a show of resistance or insistence, opposition or optimism, guided by the spirit of each individual participant and the community,” explains the livestream site. 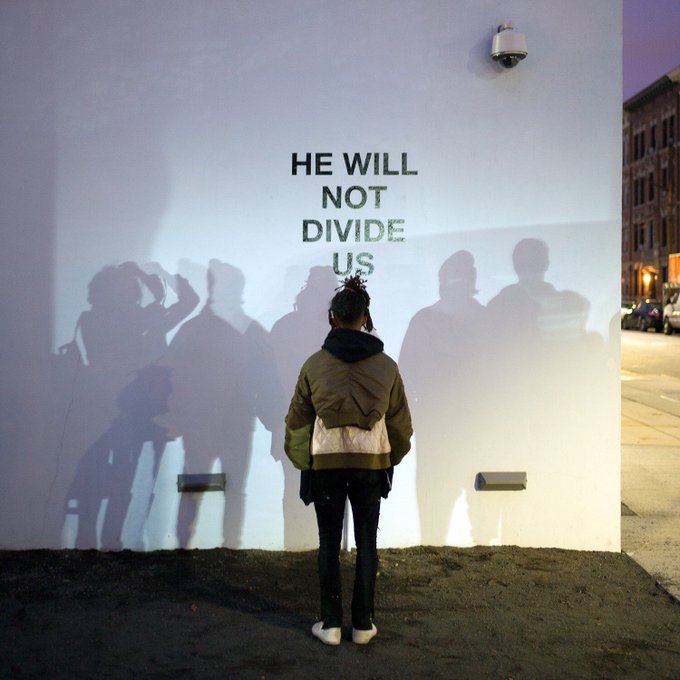 Will Smith’s son actor Jaden Smith was the first to take part in the project, reciting the mantra for one three-hours in front of a gathering crowd.

The livestream site confirms ’He will not divide us’ will run “continuously for four years, or the duration of the presidency.”

Over the years Leboeuf has created various pieces of performance art including locking himself in an elevator with a group of people for 24 hours, watching every movie he’s ever made over the course of three days and sitting in a room with a paper bag over his head.

In 2015, the actor took part in a #HootChat which was meant to include top social media tips from the actor, but quickly took an uncomfortable turn.

Article Written by Gillian West of The Drum News