BARBY INGLE CAN tell you all about living with chronic pain. Fifteen years ago, while driving to work at Washington State University, a van smashed into her car, twisting her 90-pound frame in her seat. A doctor diagnosed whiplash, put her in a neck brace, and sent her home. But the pain got worse, spreading across her body like lighter fluid set aflame. No fewer than 43 doctors tried to find the source of her agony.

It was seven years before a specialist identified the problem: reflex sympathetic dystrophy, sometimes called complex regional pain syndrome. Infusion treatments got her out of a wheelchair and back on her feet. Ingle started sharing her story, first with a blog, and then a book, and then on social media. Today, she has more than 26,000 Twitter followers who seek her guidance in dealing with insurance, living with chronic pain, and, perhaps most importantly, maintaining hope. To her surprise, she is something of an online celebrity, or perhaps more accurately, a patient influencer.

Just as Snapchat and Instagram and YouTube have influencers, so too does medicine. Chronic diseases occupy an online world of memes, hashtags (#hospitalglam), and people who provide information and insights to communities that too often feel they have no voice. A growing number of companies are hiring these patient influencers to reach, and understand, these folks. And, of course, sell them stuff. 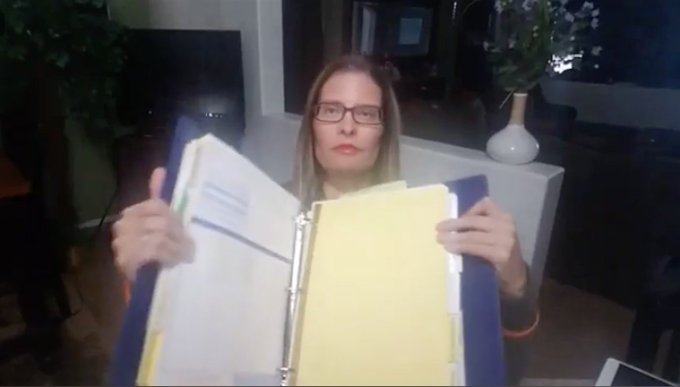 Last month, the Boston company Wego Health launched a web-based platform that introduces pharmaceutical firms, medical device manufacturers, hospitals, and insurers to people like Ingles. Those firms, in turn, pay influencers for access to their experiences, expertise, and followers. Ingles started working with Wego’s beta pilot last year and takes a few jobs a month. Wego is something of a bulletin board where companies post their needs—someone to recruit 50 people for a survey, for example, or represent the patient perspective on a panel—and influencers vetted by Wego apply. All the details are left to the parties involved; Wego only coordinates the introductions.

Social reach is the chief currency on Wego’s Health Experts platform; patient influencers are evaluated on the size of their Twitter, Facebook, Instagram, YouTube, and Snapchat followings as well as blog subscribers and impressions. The company says there aren’t any magic numbers for people to qualify—especially for rare diseases where the communities are small. Rather, it’s all about the relative size of someone’s digital footprint. So far, the company has invited 175 influencers to join its league of experts, and they represent almost as many diseases—from irritable bowel syndrome to lupus and lung cancer.

In a sense, the company is democratizing the lucrative business of health care by bringing in people who actually live with the disease. Forty-five companies have profiles on the site; health start-ups, marketing research companies, and brand strategy agencies with pharmaceutical clients that will hire the influencers. But that model blurs the lines between sponsored content and real life, by leveraging the trust these influencers have built over the years with their unique communities. And when it comes to health care, the stakes are a lot higher than choosing the right juice cleanse.

Some people on the platform put their personal disease journeys front and center of their social media channels—posting hospital gown selfies and live tweeting colon imaging procedures. But other patient influencers work more behind the scenes. Jodi Dwyer, an oncology social worker from Boston who was diagnosed with multiple sclerosis in 2008, has recruited other MS patients for surveys, sat in on focus groups, and spoken on panels hosted by various pharmaceutical manufacturers.

She says she’s often surprised by the interest these firms show in what her community has to say, and how they respond to it. For example, one company stopped airing a commercial that showed an MS patient climbing a mountain, riding a bike, and swimming in a pond all in the same day. “That just didn’t match up,” she says. “But they were able to take the feedback that it didn’t feel authentic to us.”

Dwyer says no one has ever asked her what medications she takes, nor has she been asked to promote a product she does not support or find effective. And with her full-time job at a hospital helping cancer patients cope with their diagnoses, she has good reasons to remain objective. But some doctors and researchers worry that financial incentives and easy access to lucrative consulting opportunities could harm patients as much as help them.

“In some sense, influencers in health care aren’t any different from those in fashion or food blogging; they all have conflicts of interest,” says Jeff Belkora, a health policy researcher and director of the Patient Support Corps at the University of California, San Francisco. He thinks patient experts can provide valuable insights about, say, what it’s like to experience different treatment options. But transparency is important, and patients must carefully consider options without blindly following someone they saw on Instagram. “This is your health we’re talking about,” he says. “This is your life. You’ve got to roll up your sleeves and tackle it like a project.”

Wego does have some checks and balances in place. For the 100,000 members of their health network (a group that primarily participates in research), Wego employs an AI system to passively monitor people’s content. If they use the words “aloe vera” too many times in close proximity to “cure” and “breast cancer,” for instance, they might not be invited to the next volunteer opportunity. For the 175 patient influencers on the Health Expert platform, the company lets the marketplace do that work for them; its clients rate each contractor after every gig and that score stands in as a measure of credibility.

But it’s hard to know for sure. Joy L. Lee, a health services researcher at Indiana University School of Medicine and the Regenstrief Institute, says people must approach influencers with a healthy dose of skepticism because no one has systematically evaluated the legitimacy of their claims. “It is a little bit apples and oranges,” she says, pointing out that patients tend to share emotional support as opposed to technical support online. “But I hope that doctors work out their fears of social media, because that’s where the patients are and they have a responsibility to be there with them.”

It’s tricky, right? Social media provides people with a virtual community in which to voice concerns, seek advice, and overcome the stigma that too often accompanies a chronic disease. The risk lies in corporate interests undermining the integrity and efficacy of these networks to serve their own ends. On the other, other hand, the internet created professional miniature food-makers and frisbee trick shot throwers; why not professional patients?