The Massive Cost Of Hosting The Olympic Games [Infographic]

The 2016 Summer Olympic Games are officially finished with the closing ceremony taking place yesterday at the Maracanã Stadium in Rio de Janeiro. The Organizers put in an enormous amount of work and invested an impressive amount of cash to get to this point.

Hosting the Olympics is an expensive undertaking. In late 2015, the people of Hamburg voted to withdraw the northern German city’s bid to host the 2024 Olympics with funding being one of the deciding factors. According to the Oxford Olympic Study 2016, Rio has pumped $4.58 billion into hosting the games this year, incurring a 51 percent cost overrun in the process.

Even though that may seem like a huge amount of money, it’s absolutely nothing compared to how much the Winter Olympics cost Sochi in 2014. The event’s flagship projects were catastrophically over budget, causing overall costs to snowball dramatically. In the end, the Games cost Russia over $20 billion, a mammoth cost overrun of 289 percent. 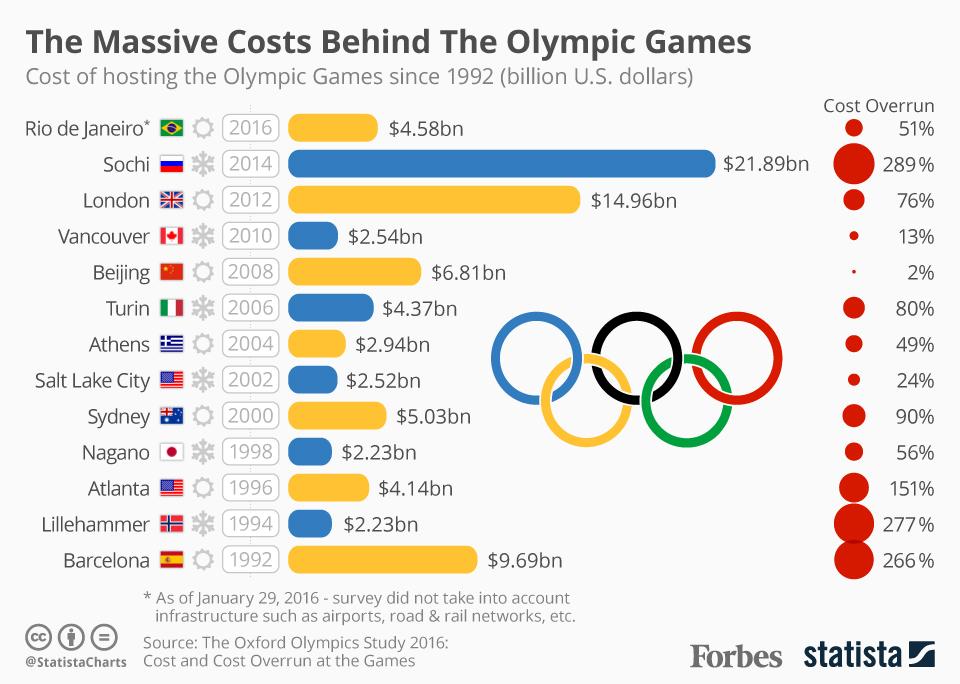