The State Of The Golf Industry

The 2015 Masters Golf Tournament is a week away and excitement for the 79th annual event has peaked with Tiger Woods announcing that he will participate and end his two-month leave from competition.  While Tiger’s health may be improving, what is the health of the game of golf itself as the 2014-15 PGA Tour tournament schedule kicks into high gear?

The golf industry’s economic impact has been reported by various industry insiders as being nearly $70 billion per year.  Its charitable impact is close to $4 billion per year through 143,000 events and 12 million participants.  But is now the time to invest in golf?  Is the sport having a problem connecting to millennials? 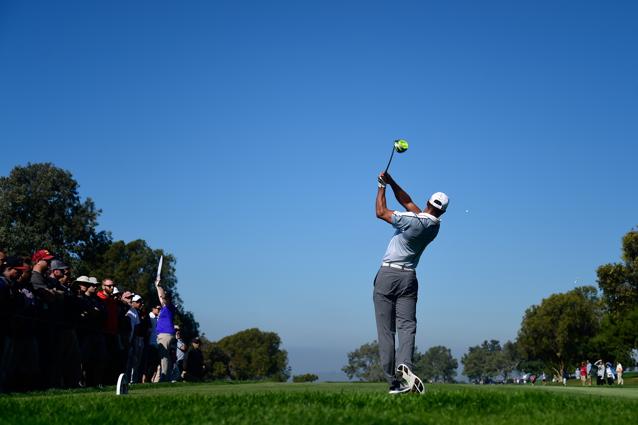 I recently had the opportunity to discuss the golf industry with leaders who could speak directly to the economic health of the business of golf .  The following participants were willing to engage in a Q&A roundtable:

The discussion led off asking each individual his/her view regarding the state of the golf industry in 2015.

BEVACQUA: I believe golf is on a positive turn and it is encouraging to see golf participation rates start to produce positive momentum, especially among youth.  We’re making an impact across all demographics through key initiatives, such as Get Golf Ready, PGA Junior League Golf and Drive, Chip & Putt.

We’re committed to collaboration, highlighted by the joint efforts by the five organizations here today or rallying our respective membership behind a new long term strategic plan.  In my more than 15 years in the golf business, it is exciting to discover this unprecedented level of cooperation throughout the industry.

DAVIS: The USGA remains bullish about the future of the game. Over the past 12 years, we’ve invested more than $1 billion in core programs that support the game. This year and looking forward, we will continue to increase this investment, because we see positive trends in some of key metrics that indicate that the game is healthy. Consumer confidence has returned to pre-recession numbers, participation has stabilized, rounds per playable day (that is, a day on which the weather allows a golf course to be open for play) increased last year and golf continues to grow at substantive rates in many regions of the globe.  At the same time, we are undertaking important work to elevate the experience of all golfers by introducing solutions that make the game faster to play, help control costs, and help golf be more accessible and welcoming to more people, worldwide.

Full Coverage: The Business of Golf

FINCHEM: I am bullish about the state of the industry. I think that, although we have faced challenges in recent years, the overall health of the golf industry is in better shape that you would be led to believe.

Golf continues to be a huge economic driver and is a nearly $70 billion industry which employs nearly 2 million Americans with $55.6 billion in annual wage income.  So economically, our sport is continuing to make a tremendous impact.

Socially, the impact is felt in the lives of many. Golf, as a whole, generated more than $3.9 billion for charity in 2014. Charitable giving is the foundation of the PGA TOUR with each of our events structured in a way that net proceeds go back into the communities in which we play. We are proud that the PGA TOUR and its tournaments were able to give back more than $140 million in 2014, a single-year record that brought the all-time total to $2.14 billion since the first donation was made in 1938.

We are also seeing participation on the rise. The rounds played per day average was up despite the fact that extreme weather conditions in 2014 led to the fewest course days open since tracking began nine years ago. And we are seeing more youth golfers age 6-17 coming to the game, with now more than 3 million participants. Millennials aged 18-34 are active in the game with an estimated 6.3 million golfers. Many of these are drawn by the exceptional exciting young talent on the PGA TOUR and LPGA.

Sponsors are happy with their partnerships with the PGA TOUR and this can be seen in unprecedented long-term title sponsor agreements such as the recent 20-year deal with Charles Schwab SCHW +3.45% & Company and 10-year agreements with AT&T T +0.00%, Travelers and Waste Management WM +0.00%.

MONA: The golf industry recognizes its challenges but the future is very bright. In the U.S., the game is enjoyed by 25 million Americans who play 455 million rounds annually at the nation’s 15,350 facilities. It is a nearly $70 billion industry, supporting two million jobs and $55.6 billion in annual wage income.

Golf has a long history of giving back to society and provides an annual charitable impact of about $4 billion per year through 143,000 events and 12 million participants. As a reference to other sports, golf raises more money for charity than the MLB, NBA, NFL and NHL combined.

WHAN: We have entered an exciting time in the industry – the age of full “inclusion” – where attracting / accepting more people (age, gender, race, handicap, etc.) is no longer just a talking point, but an actionable reality across the board in the industry. The examples are plentiful, but the Augusta and R&A membership policy changes, the incredible growth associated with The First Tee and LPGA-USGA Girls-Golf, PGA Junior League Golf, Drive-Chip-Putt Championships, and new partnerships like the KPMG Women’s PGA Championship all show that golf’s major organizations are dedicated toward the goal of leading us into a new era of inclusion and expansion.

The following question asked each participant about the trends he/she is excited about in 2015 and his/her outlook for 2015.

BEVACQUA: I’m bullish about the golf industry based on two key trends: The development of the next generation of golfers and the industry’s commitment to making the game more welcoming. Led by our 28,000 PGA Professionals, the number of youth golfers has grown by 29 percent to 3.1 million. Our acquisition of PGA Junior League Golf—the sport’s answer to “Little League”— further elevates our youth commitment. With PGA Champion Rory McIlroy serving as an Official Ambassador, PGA Junior League Golf participation nearly doubled last year to more than 17,000 boys and girls.