What The 10 Most Viewed Sports Events Tells Us About Our Bond With The NFL, NBA And College Sports

When you think of the most watched sports events of 2016 to date, surely you will envision the Super Bowl as number one as it has been for years. That historical fact remains true. But are you so sure about the next nine most watched television games this year?

When you also think of the tremendous popularity of the NCAA Basketball Tournament, affectionately known as March Madness, you would surely say one of the great upset wins in Championship Game history by Villanova would be among the Top 10. And when the Cleveland Cavaliers became the first team to come back from a 3-1 deficit to bring the beleaguered rust-belt city its first championship in over a half-century, the seventh and deciding game must be in the Top 10 as well. Then there must be a representative from college football. Top college football stadiums fill up to 80,000 to 100,000 crazed fans each week, which the NFL, NBA, or college football cannot match. So surely the championship game between Alabama and Clemson as the climatic conclusion of well-orchestrated four-team playoff has a place in the Top 10. 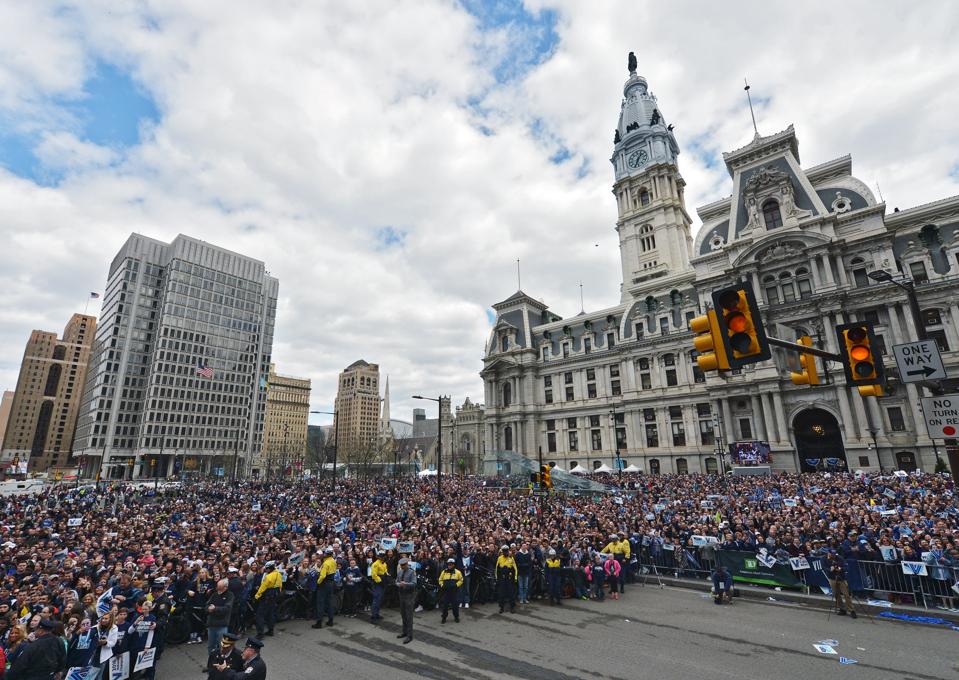 If those were among your choices after the Super Bowl, you would have been 100% wrong. That is because you, and I and untold others would have underestimated the popularity of the NFL brand. According to the most recent data gathering by Sports Media Watch the Super Bowl, the NFL hasall of the Top 10 spots among US sports fans.

Here’s a few stark facts of popularity reality. Despite sports media obsession with the NBA during the Finals, the historic Game 7 Coronation of King James and his Cavalier disciples came in at #11, and had 22 million fewer viewers than the lead-in AFC game to the Super Bowl. And despite all the popularity of college football, its championship game was not better than #12 at 26.2 million. The NCAA Championship dominated media talk shows, but just barely squeezed into the Top 20 at #20 (17.8 million). The NBA did have four of the five largest non-NFL audiences. The NFL and then the NBA made up the bulk of the top 20.

This complete NFL dominance in game popularity is during an unprecedented era of image damage, caused by domestic abuse against women and children by its players and game day rules violations. Two years of court proceedings have torn scabs off these unhealed wounds to the NFL brand. Federal district courts have ruled against the NFL. Sponsors have left teams like the Vikings for the woefully inadequate and inconsistent punishment of star running back Adrian Peterson.

Even when a federal appeals court approved the wide discretion of NFL Commissioner Roger Goodell, there was a backlash by millions of fans and by one of the most respected NFL owners, Robert Kraft of the New England Patriots. The recent Deflategate acquiescence by the league’s quintessential quarterback Tom Brady is not an amicable resolution. The next collective bargaining agreement between the NFL and the NFL Players Association will almost assuredly be the biggest battleground since the 1987 strike, which lasted for 24 days and forced a shortened season. Despite that looming negotiation tornado, there is nothing but blue skies financially forecasted.

If we collectively cared most about having zero tolerance for domestic and child abuse, the brand would have taken a bigger hit. Fan boycotts of teams and products would have brought wholesale sponsorship withdraws and media rights agreements would have been renegotiated downward by the millions. There was certainly an outcry among interest groups. But when TV viewers asked, “Am I so turned off by the travesties that I turn the channel?” the answer was a resounding “No”.

The Patriots owner Robert Kraft recently called the four-game suspension of Tom Brady the worst due process violation in modern sports history. If we collectively viewed that issue as a reason to stop viewing, we changed our minds by Game Day.

And if changed behavior only comes from necessity, we should not expect the NFL to make any further changes. Its brand has not only survived but thrived in the wake of its challenges. To the NFL’s credit, there has been reforms and presumably punishment for transgressions will be swifter, more substantial and more consistent. By all indications, that is good enough for us.

Article written by Roger Groves. Roger is a Professor of Law and Director of the Business Law Program at Florida Coastal School of Law. Follow Roger on Twitter @rgroveslaw.