Why Social Media Is Everyone’s Business — Yours Included

A decade ago, it was Google GOOGL -0.74% that was shaping much of the business world. Today, it’s social media. But individual employees, from the CEO to sales and marketing reps aren’t getting their hands dirty enough to understand it or benefit from it. This is the problem Hearsay Social CEO and author of the New York Times NYT -0.38%-featured bestseller “The Facebook FB -1.22% Era” Clara Shih sets out to address in her newest book, “The Social Business Imperative: Adapting Your Business Model to the Always-Connected Customer.”

Shih, who founded an enterprise software company called Hearsay Social in 2009 and serves on the board of Starbucks, uses her book as a plea and a guide to help business executives and professionals become productively involved in their firm’s social business and digital strategy. She explores the dangers of allocating social media and digital tasks to isolated teams, as well as the new opportunities social media, mobile messaging, the “Internet of things” and the sharing economy are giving companies. Her message, in short, is that social and digital is everyone’s job.

Her book was released on Monday online and in stores through Amazon, Barnes & Noble and Books-A-Million, among others. Shih said her book is intended for any professionals who have delegated digital tasks to others or don’t think digital is part of their job, whether that be in sales, recruiting, IT, compliance, or on boards of directors and management teams.

“One thing I saw working with Fortune 500 companies was that while they understood the vision of social media, they had difficulty transforming their companies into what I call social businesses,” Shih said.

She noted that leadership teams often become too busy running their core business to pay enough attention to social media, too often passing off the task to junior teams.

“For CEOs and CMOs to delegate all of social to these front-line teams would be akin to in the 90s, if you were a retailer like Wal-Mart or Sears, delegating your entire online strategy to a relatively junior online team,” Shih said. “You would be missing the biggest change that was coming: Amazon. You have to own the social and digital strategy.”

Shih became known as a social business expert after she built one of the first social business applications called Faceforce in 2007, which led to her first book, “The Facebook Era.” Her book helped her nab a spot on Starbuck’s board of directors at age twenty-nine. Shih’s first book also inspired her to start Hearsay Social, an enterprise software company with a marketing platform that helps large companies, especially financial firms, boost sales and customer loyalty throughsocial media, text message, email and websites. Shih said her experience advising Hearsay’s clients laid the conceptual foundation for her book. 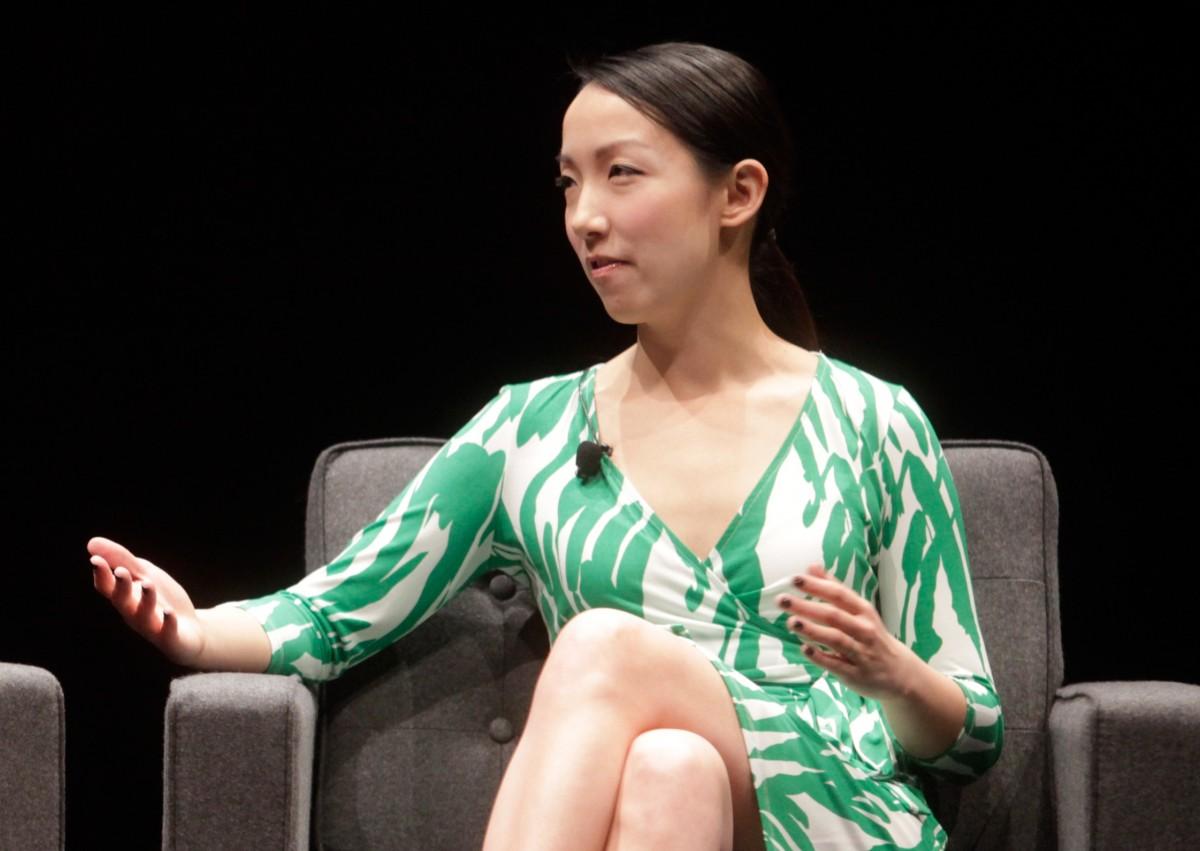 Shih explores a number of case studies about companies such as Wells Fargo, Fitbit and Warby Parker. One case study, for example, is dedicated to showing how companies such as insurers can find creative ways to reach customers on a regular basis even though their customers don’t have a reason to contact them every day, in the way customers might interact with Starbucks’s app. Shih offers the example of John Hancock, the U.S. division of Canada-based insurance company Manulife, which became the first insurer to offer customers discounts for sharing ongoing personal data from a wearable fitness device. John Hancock’s program gives customers who choose to share their data a free Fitbit monitor. Reaching certain fitness milestones can help customers get double-digit percent discounts on their insurance premiums, as well as other rewards such as gift cards and discounted hotel stays, Shih said.

Shih has been named one of Fortune’s “Most Powerful Women Entrepreneurs,” Fast Company’s “Most Influential People in Technology” and Fortune and Ad Age’s “40 Under 40.” She was also named as a “Young Global Leader” by the World Economic Forum. Shih completed a B.S. and M.S. in computer science at Stanford, and an M.S. in Internet studies at Oxford. She previously held a number of technical, product and marketing roles at Google, Microsoft and Salesforce.com.

Shih said she hopes that if, for example, a sales person picks up her book, they’ll read it in its entirety, not just the chapter on social selling, because what happens in marketing and customer service affects every department and the whole company. She also emphasized that building one’s own digital skills is an important way to stay relevant as work-forces across all industries change. Company-wide dedication to social and digital, in the long run, improves lead generation, website traffic, productivity, time to resolution, brand sentiment and revenue, she said.

“Digital has broken down all barriers, and the client doesn’t care about boundaries,” Shih said. “They have high expectations of a seamless experience.”